Apophis May Strike Earth in 2068 - Scientists 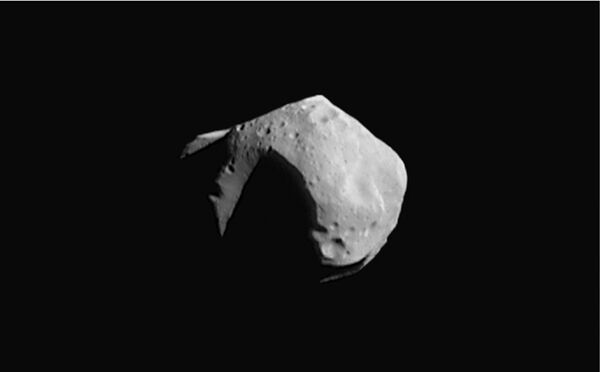 The chances of it striking Earth are slim, however, with impact odds being about 2.3 in a million.

The near-Earth asteroid has been the focus of considerable attention after it was discovered in December 2004 to have a significant probability of Earth impact in April 2029. While the 2029 potential impact was ruled out through the measurement of archival telescope images, the possibility of a potential impact in the years after 2029 continues to prove difficult to rule out.

Based on optical and radar position measurements made in 2004-2012, the asteroid will pass the Earth in 2029 at an altitude of 31900, give or take 750 km. The altitude is close enough for the Earth's gravity to deflect the asteroid onto a trajectory that brings it back to an Earth impact during its next flyby. Such impact trajectories require Apophis to pass the Earth at a precise altitude, known as a keyhole, in 2029 en route to a subsequent impact.

“The new report, which does not make use of the 2013 radar measurements, identifies over a dozen keyholes that fall within the range of possible 2029 encounter distances,” reads an article prepared by a group of scientists led by Davide Farnocchia.

The uncertainty in predicting the asteroid’s position in 2029 is completely dominated by the so-called Yarkovsky effect, a subtle non-gravitational perturbation due to thermal re-radiation of solar energy absorbed by the asteroid.

“Only one of the potential impacts has a probability of impact greater than 1-in-a-million; there is a 2-meter wide keyhole that leads to an impact in 2068, with impact odds of about 2.3 in a million.”