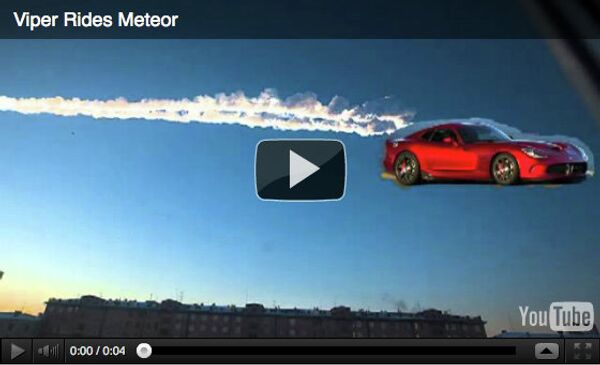 Two American companies have been “Twitter-jacked” this week, taken over by hackers posting crass messages to corporate Twitter pages and replacing corporate logos with those of competitors, further illustrating the often daunting tasks companies face as they strive to manage their social media feeds.

WASHINGTON, February 20 (By Sasha Horne for RIA Novosti) - Two American companies have been “Twitter-jacked” this week, taken over by hackers posting crass messages to corporate Twitter pages and replacing corporate logos with those of competitors, further illustrating the often daunting tasks companies face as they strive to manage their social media feeds.

“Managing social media accounts is truly a 24-7 job,” said Nicole Siobal, president and co-founder of Social Butterflye, a branding agency that assists startups with creating and managing their digital presence. “If you do find your brand has become the target of a hacker, it’s really important to get ahead of it, and put a statement out right away,” she said.

That’s just what global fast food chain Burger King attempted to do on Monday, when its official Twitter account was taken over by hackers who replaced the company’s logo with rival McDonald's.

“We just got sold to McDonalds,” the hackers Tweeted to Burger King’s more than 83,000 followers.

Dozens of tweets followed over the course of several hours, including some that contained references to drug use and laced with obscenities.

Representatives from Burger King said they quickly contacted Twitter to temporarily suspend the account and put out a statement to its customers apologizing for the hack.

“Sorry guys no more Jeep production because we caught our CEO doing this,” said one of the hackers’ Tweets linking to a photo of a man using drugs.

Later, Jeep tweeted, "Hacking: Definitely not a #Jeep thing. We're back in the driver's seat!"

To avoid being “Twitter-jacked,” Twitter suggested users create complex passwords of at least 10 characters, which should include upper and lower case characters, numbers, and symbols.

But not all social media blunders are caused by hackers. Jeep’s parent company Chrysler was met with a social media firestorm stemming from a video posted to the automakers’ YouTube channel.

On Friday, following the explosion of a meteorite that crashed into Russia’s Chelyabinsk region injuring more than 1,000 people, Chrysler posted a four-second video, “overlaying an image of the super-fast Dodge Viper sports car onto actual video footage of the giant meteor that exploded over Russia,” Forbes.com reported.

The video, deemed insensitive by critics due to the mass destruction and numerous injuries the Russian meteorite caused, was quickly pulled. A spokesman for Chrysler told Forbes, they are working to investigate the origin of the clip.

Siobal said the incident involving the Chrysler meteor clip could have been avoided if there was more collaboration between internal communication teams.

“In the social media world, oftentimes people don’t understand that public relations and corporate communications is a major part of the equation,” Siobal said in an interview with RIA Novosti on Wednesday.

Siobal added that while the video was creative and catchy from a social media standpoint, a public relations professional would have instantly noticed that it could have been perceived as inappropriate due to the severity of the damage the meteorite caused.