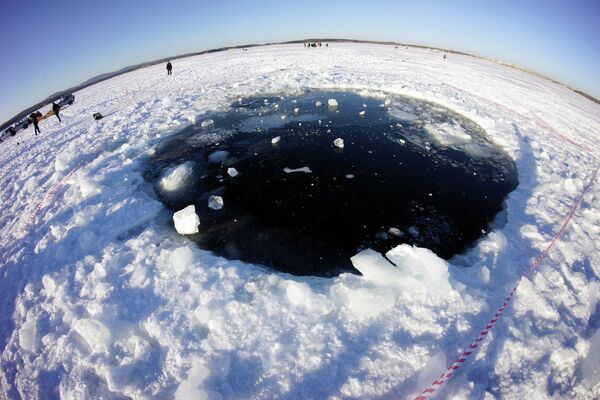 “The Aerospace Defense Forces have been ordered to handle this issue and come up with a plan to protect Russia from these ‘space travelers,’” Makushev said.

The announcement comes days after a meteorite entered the Earth’s atmosphere undetected by existing space-monitoring means and slammed into Russia’s Urals on Friday with a massive boom that blew out windows and damaged thousands of buildings around the city of Chelyabinsk, injuring 1,200 people in the area. According to the Health Ministry, 52 were hospitalized.

“None of the existing systems, either Russian or American, detected this space object until it entered the atmosphere,” Director of the Astronomy Institute of the Russian Academy of Sciences Boris Shustov said on Wednesday.

The scientist said it was impossible to spot the meteorite, as it was coming from the direction of the Sun, while radars were set to detect objects flying within a predetermined speed range.

Shustov said the Russian scientists estimate the energy released at the time of the explosion at less than 500 kiloton equivalent.

He also said astronomers have discovered and catalogued only two percent of potentially dangerous space objects about 50 meters in size, which are capable of causing a catastrophe worse than the Tunguska Event.

“It is a sign of our ignorance, as we should be able to monitor about at least 90 percent if not all of these objects,” Shustov said.