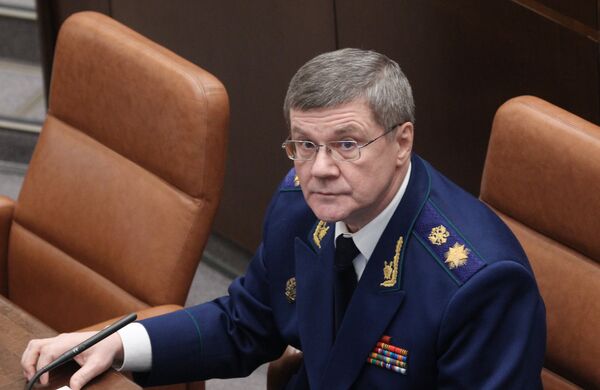 “Some 25 separate criminal cases have been opened and combined into one probe,” Chaika said at a meeting with Russian lawmakers.

The investigation led to the sacking of Defense Minister Anatoly Serdyukov last November, who is still considered a witness in the case.

According to investigators, Serdyukov has been summoned for questioning several times, but refused to answer questions, including those concerning an investigation against his son-in-law.

Several people have been charged and arrested in the case so far, including the former head of the Defense Ministry’s property department Yevgenia Vasilyeva.

Yekaterina Smetanova, a former executive at Oboronservis and key suspect in that investigation, was detained on fraud charges in October last year and signed a pretrial plea bargain agreement shortly after her arrest.

She has been recently released from custody with travel restrictions after cooperating fully with the investigation.

Oboronservis carries out a variety of services relating to Defense Ministry property, including repair and maintenance of equipment and real estate.