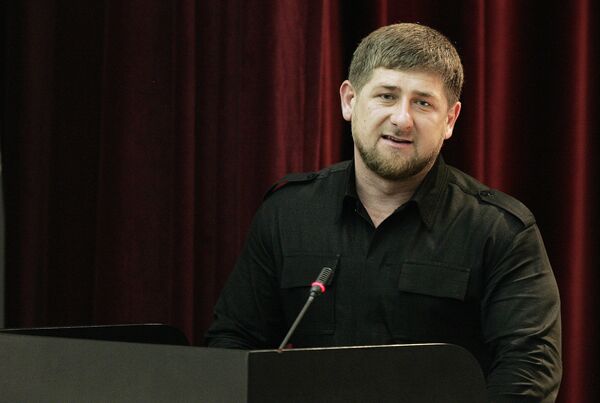 The account, called kadyrov_95, contains a total of 78 images for the moment, the last one posted earlier on Wednesday. The image, taken from a window of a moving car, features an arch with portraits of President Vladimir Putin and Kadyrov's father and predecessor, Akhmad Kadyrov, who was killed in an explosion in May 2004.

Other images show Kadyrov, a father of seven, embracing his children, playing with a tiger, kissing a deer, riding a horse, playing paintball and posing among spring blossoms.

The first image was uploaded on November 30 of last year, but the press service only made a statement on Wednesday, saying that Kadyrov “regularly comments on his followers’ posts.”

“Ramzan Kadyrov has nothing to do with other accounts in social networks [attributed to him],” the press service said.