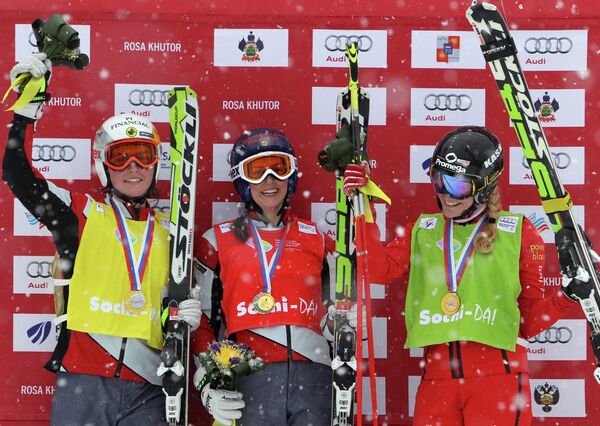 Second place also went to Canada with victory for Marielle Thompson, while World Cup leader Fanny Smith took third for Switzerland despite falling in the final.

Smith leads the standings by 60 points from France’s Ophelie David, who was first in qualifying but failed to make the final, coming fifth overall. Serwa is third, 75 points adrift of Smith.

Russia’s competitors struggled on their home track, with two men reaching the quarterfinals and all four women’s competitors out in the first round.

The Extreme Park is located west of the Rosa Khutor plateau in Krasnaya Polyana, almost 1,200 meters above sea level and near the Olympic Alpine skiing facilities.