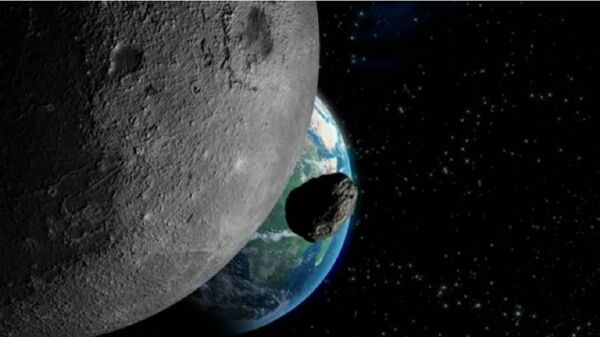 © courtesy of B612 Foundation
Subscribe
International
India
Africa
In the aftermath of Friday’s meteorite that crashed and injured more than a 1,000 people in Russia’s Chelyabinsk region, some private asteroid-detecting telescope projects in the United States have seen a surge in both interest and financial donations, a sign of renewed global concern about the dangers and unpredictability of space rocks hurtling into Earth.

WASHINGTON, February 19 (By Sasha Horne for RIA Novosti) In the aftermath of Friday’s meteorite that crashed and injured more than a 1,000 people in Russia’s Chelyabinsk region, some private asteroid-detecting telescope projects in the United States have seen a surge in both interest and financial donations, a sign of renewed global concern about the dangers and unpredictability of space rocks hurtling into Earth.

“Over the weekend we have seen about 1,000 times more internet traffic than usual, which translated into tens of thousands of dollars in donations from across the world,” said Diane Murphy, spokeswoman for the B612 Foundation, a non-profit company that hopes to build and launch a privately funded infrared space telescope to track asteroids.

In the weeks prior to Friday’s meteorite that crashed to Earth in Russia, Murphy said the world’s attention was focused on the 150 foot (46 meter) 2012 DA14 asteroid, which on the same day passed roughly 17,200 miles (27,681 kilometers) within Earth and was detected a year ago by an amateur astronomer.

“But no one predicted the Russian meteor, and it hit,” said Murphy. “I think that really shocked people and made them realize, ‘this could have happened in my neighborhood’ and no one saw it coming,” she said.

In cooperation with NASA the B612 foundation is working to launch an infrared telescope into the orbit of Venus that would locate asteroids that have not yet been identified, some 20 to 50 years before any potential major impact with Earth.

“There are many, many, many more objects out there that need to be found,” former Apollo 9 astronaut and B612 co-founder Rusty Schweickart told RIA Novosti last week.

The telescope designed to “slingshot off of Venus” and back into solar orbit would give researchers a unique vantage point that could allow them to look back over the earth with the sun behind them, differing from ground telescopes that look directly into the sun and make spotting asteroids more difficult.

“In the first two weeks after our telescope launches, it will discover more asteroids than have been detected in history,” Murphy told RIA Novosti on Tuesday.

The B612 foundation’s telescope prototype has already been designed and is currently undergoing tests. The $450 million project is slated for completion in 2017, and is just one of at least half a dozen private ventures that are helping to propel space exploration and the tracking of asteroids.

"The Chelyabinsk meteorite was frightening and several hundred people were injured, but the damage was minor compared to what could occur with an object only slightly larger," said John Tonry, principal investigator for the Asteroid Terrestrial-Impact Last Alert System (ATLAS), a University of Hawaii-based organization that is currently developing a series of small ground telescopes to track near Earth objects.

While the ATLAS project would not be capable of deflecting an approaching asteroid, with the help of a $5 million grant from NASA, it is intended to provide a warning system of impending impact.

Astronomers expect the system to be fully operational by the end of 2015.

“Such an object could kill thousands of people and devastate a city,” Tonry said in a statement on the ATLAS website. With ATLAS, he said, the system could offer a one-week warning for smaller asteroids and a three week lead time for larger ones.