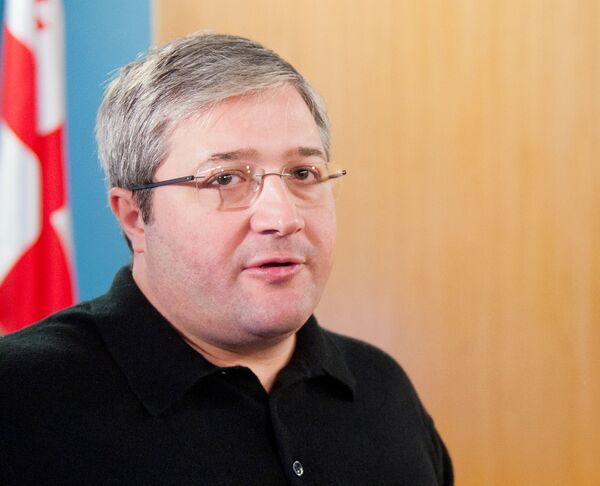 “In case the court grants the request, investigators will immediately send the court ruling to inquiry bodies to have the accused, [Givi] Targamadze, put on an international wanted list, arrested and extradited to investigators,” the committee said Tuesday.

Targamadze was charged in absentia with preparing to organize mass riots, jointly with Russian opposition figures - Left Front leader Sergei Udaltsov, activist Konstantin Lebedev and another activist who is being held at a prison in Irkutsk, Leonid Razvozzhayev. Udaltsov and Lebedev are currently under house arrest.

In October, NTV, a pro-Kremlin TV channel, aired a documentary that claimed Targamadze had met with Udaltsov to plan riots in the Russian capital.

Markin said the charges were brought after Russia received an official response from Georgia that Targamadze does not have parliamentary immunity.

The riots in question took place after a major opposition rally in Moscow last May. The rally ended in violent clashes between protesters and the police. Investigators say the clashes were organized by Udaltsov, Razvozzhayev and Lebedev during a meeting with Targamadze. All four men deny the charges.

Georgian prosecutors last week did not rule out that a criminal case may be launched against Targamadze should Russia submit a relevant request, but said the former deputy will never be extradited to Russia as it is forbidden by the Georgian Constitution.