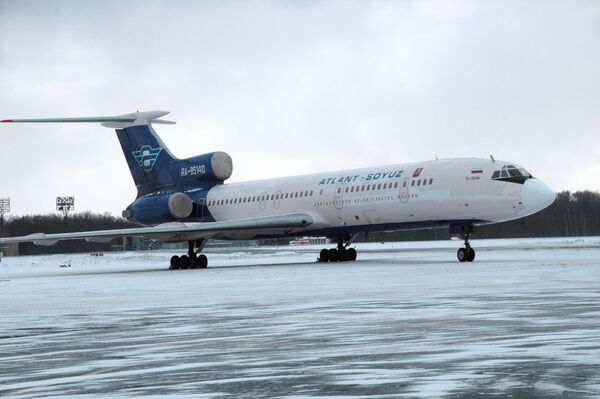 “Serial production is coming to an end. Repairs on airliners that are still operational will carry on for several years from now. The last serial airliner will be transferred to the customer, the Defense Ministry of Russia,” the spokeswoman said.

The official handover ceremony will be attended by representatives of the Defense Ministry, the Tupolev aircraft design bureau and the Aviakor aviation plant, she said.

The Tu-154, a medium-haul trijet airliner (NATO reporting name Careless) was designed in the mid-1960's and entered service in 1970. Around 1,000 were built over four decades.

The design has been the workhorse of Soviet and Russian airlines, carrying around half of Aeroflot's passengers during the Soviet era.

The aircraft was sold to and operated by about 17 non-Russian airlines.

With a service life of 45,000 hours, but capable of 80,000 with upgrades, the aircraft was expected to last until 2016, although noise restrictions have seen services to Western Europe and other areas banned in recent years for all but modified variants on certain routes.