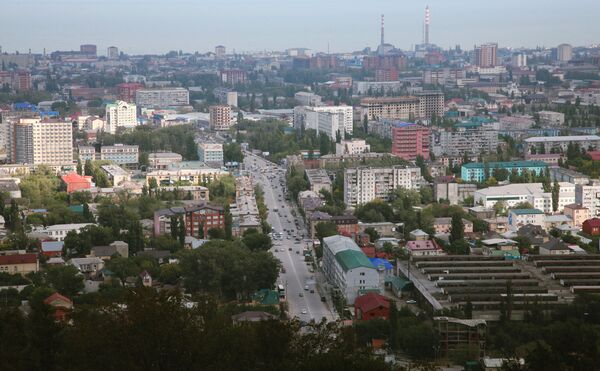 © RIA Novosti . Maria Vashchuk
/
Go to the mediabank
Subscribe
International
India
Africa
A police officer in Russia’s North Caucasus republic of Dagestan who had claimed he shot three people dead in self-defense was detained on Monday as part of a murder probe, an Interior Ministry official said.

MOSCOW, February 18 (RIA Novosti) – A police officer in Russia’s North Caucasus republic of Dagestan who had claimed he shot three people dead in self-defense was detained on Monday as part of a murder probe, an Interior Ministry official said.

Human rights workers have long alleged widespread brutality by security services in the volatile republic, as well as the failure of the authorities to tackle such abuses.

Up to 3,000 people rallied in the republic’s capital, Makhachkala, earlier this month to protest alleged abductions, torture and murders by law enforcement personnel.

An Interior Ministry spokesperson also said Dagestan’s police chief would face a reprimand over Sunday evening’s killings, and that a number of local police officials would be dismissed.

Police initially said earlier on Monday that the off-duty officer had fired at “troublemakers” in a Makhachkala café after they tried to grab his government-issued weapon.

A later police statement said the officer had a long history of personal enmity with one of the men.

Investigators said employees at the cafe where the shootings took place saw the men had been "celebrating" something before an argument broke out.

The issue of alleged human rights abuses by the security services in Dagestan, which neighbors Chechnya, was thrust into the limelight late last year when two doctors were detained on terrorism charges at a Makhachkala hospital.

One of the doctor’s, Shamil Gasanov, was subsequently shot dead after police said he had attempted to pull a weapon on them. His lawyer pointed out that this would have been difficult, as he was handcuffed at the time. Gasanov’s family told the PublicPost online news agency that his body was returned to his relatives beheaded and showing signs of torture.

The second doctor, Marat Gunashev, is in police custody. His father alleged at this month’s rally in Makhachkala that police had beaten his son after his arrest. Gunashev denies all the charges against him, and his lawyer has suggested the case was triggered by the testimony of a jealous ex-girlfriend, dropped by Gasanov for Gunashev’s sister.

Dagestan is the main hotbed of Islamist insurgency in the North Caucasus. In 2011, local law enforcement agencies lost 111 servicemen fighting the insurgency in the republic, according to the Caucasus Knot website, which tracks violence in the region.