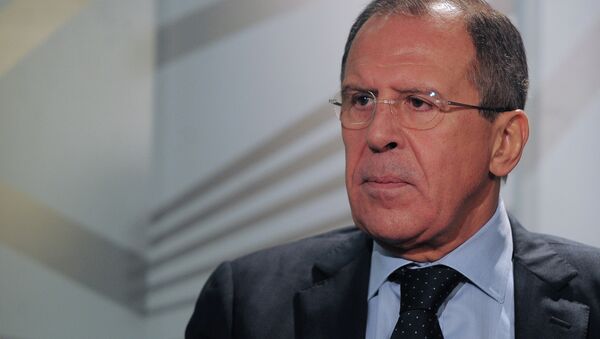 During the conversation, Lavrov and Kerry “exchanged views on the issue of the Syrian settlement in the context of the need to stop violence on all sides and start a dialogue between the government and the opposition,” the Foreign Ministry said in a statement.

At Russia’s initiative, the sides also “discussed the situation in Northeast Asia in view of the recent North Korean nuclear test.”

State Department spokeswoman Victoria Nuland said Kerry and Lavrov “also agreed on the need for close cooperation in New York on a swift response to the DPRK's latest provocative step.”

The top diplomats have agreed “to keep in touch” with the latest developments, the ministry said adding that the sides could have the first bilateral meeting “in the near future.”

Nuland said Kerry called Lavrov on Tuesday after North Korea conducted its third controversial nuclear test. However, Kerry was not connected to Lavrov, who was in Africa.

Russian foreign ministry spokesman Alexander Lukashevich said Russia had asked the United States to have a phone conversation on Thursday, but the initiative was left unanswered.

Russia has faced strong international criticism over its refusal to back UN sanctions against Syria, its last ally in the Arab world, over what it called the pro-rebel bias of some resolutions proposed by Western nations.

Moscow denies it is backing President Assad and says it is concerned that the Syrian president’s forced departure would only worsen the conflict.