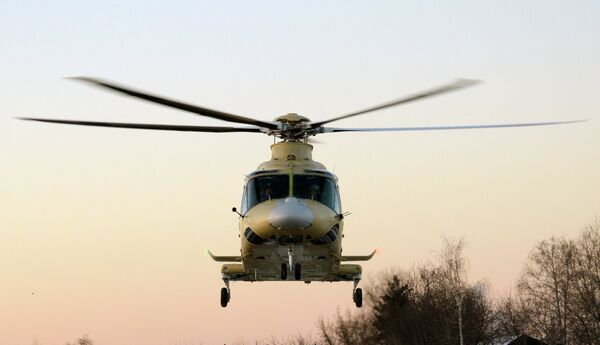 The head of Russian presidential property management department has confirmed that the Kremlin will be soon equipped with a helicopter landing pad to help top officials avoid Moscow’s heavy traffic jams.

“This is dictated by the need for both modern and quick transportation of the country’s leadership and for creating fewer problems on Moscow’s roads, where the situation, as you know, is rather difficult,” Vladimir Kozhin told journalists during his visit to Israel on Sunday.

The helicopters are manufactured by AgustaWestland, which established a joint venture company HeliVert together with Russian Helicopters in 2010 to assemble AW139 helicopters at a new plant in Tomilino, near Moscow.

“This is only the first step because in the near future the plant to build these helicopters will be built and launched in Russia. Therefore, they [helicopters] will be domestically produced and serviced in Russia,” Kozhin said.

The Union of Architects of Russia has voiced concerns against the move saying that vibration from the air traffic might negatively affect and even ruin the monuments.

Media reports also said the decision to build a helicopter pad on the territory of the Moscow Kremlin, which is included into the list of the world cultural heritage, could spark protest of UNESCO.