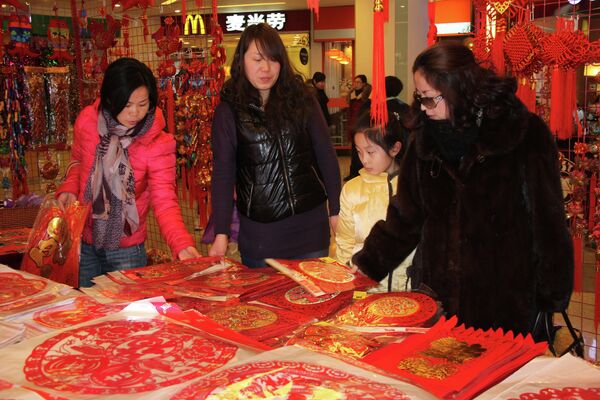 Lunar New Year fell on February 10, and the week from New Year’s eve through February 16 was declared a public holiday, ushering in the year of the Water Snake.

Shops across the country hold massive Spring Festival sales each year in an attempt to boost consumer spending.

Jewelry sales showed the biggest year-on-year increase, at 38.1 percent, with smartphone and tablet sales close behind – at 36 percent, according to the Commerce Ministry’s official figures.

While retail sales were up on last year – high-end restaurant takings were not. According to official data, the affluent Zhejiang province saw restaurant turnover in this segment fall 20 percent over the holiday week.

The Commerce Ministry linked this to a broader trend away from upscale hotels, fine wine and fine dining, to affordable eateries, noting that companies in the food and drink sector in several regions saw revenues increase year-on-year.

Chinese media reports linked this downturn in the luxury market segment to the broader national campaign against extravagance, and increased emphasis on thrift and prudence – particularly for public sector employees.

These 2013 Spring Festival sales figures follow media speculation about the extent to which government efforts to support consumer confidence and boost domestic demand would have an impact. In December 2012, China's Central Economic Work Conference pinpointed strengthening the domestic economy as a key government priority for the coming year.