Meteorites Could be Worth Big Bucks 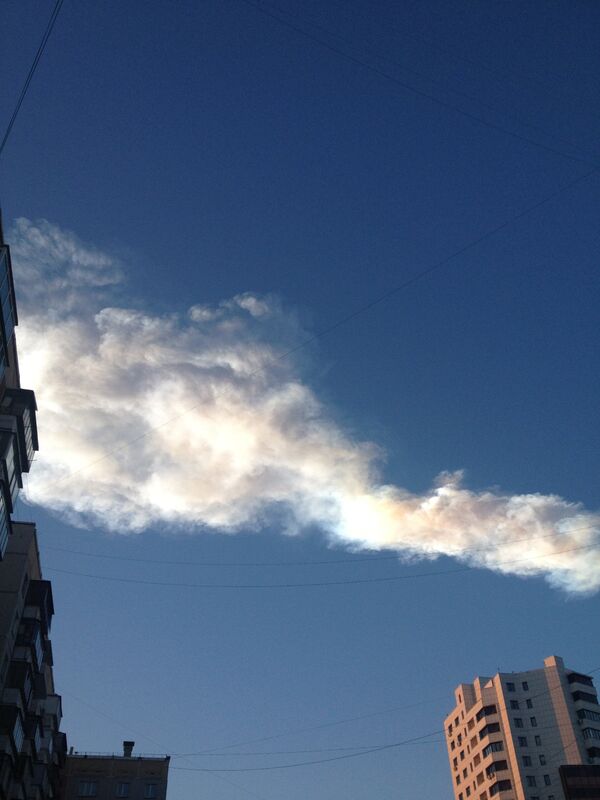 As Russia assesses the damage from the meteorite shower that rained down on the central region of the country Friday, experts in the US said the fragments of space rock could bring a small fortune in hidden treasure to those quick enough to find and scoop them up.

WASHINGTON, February 15 (By Maria Young for RIA Novosti) - As Russia assesses the damage from the meteorite shower that rained down on the central region of the country Friday, experts in the US said the fragments of space rock could bring a small fortune in hidden treasure to those quick enough to find and scoop them up.

“A relatively small piece is worth maybe a few hundred dollars, but a large chunk can be up to $100,000 or even more,” said Joseph Gutheinz, a specialist on meteorites and a former senior special agent with the National Aeronautics and Space Administration (NASA), in an interview with RIA Novosti.

“We literally have meteor shows here in the US on a regular basis,” he added.

As for the meteorite fragments that landed in central Russia Friday morning injuring hundreds of people and damaging thousands of buildings, Gutheinz said, “I expect people to be out there with metal detectors all over the place. They might even come in from Moscow to search.”

The catch is to find the right chunk of rock.

Size matters, but the value of a meteorite is also based on its rarity, where it came from and what it’s made of.

“The most common is called a stony-iron, and it’s made up of minerals that are pretty common on Earth, so a small piece might be worth 20 bucks,” said Chris Palma, a professor in the Department of Astronomy and Astrophysics at Penn State University, in an interview with RIA Novosti.

“But the composition can tell you something about where it came from, so if it has a composition that suggests it likely came from Mars the value goes through the roof,” he added.

A 355-pound (161-kilogram) meteorite found in Argentina and believed to have come from the asteroid belt between Mars and Jupiter sold for $93,000 on eBay in 2006.

Anyone who finds what they think is a meteorite should have it assessed by an expert, said Gutheinz, and in order to sell it, they should first get a certificate that documents the authenticity.

“Most of the time, eBay would be a good place to sell, but if you have a large rock you’d want to go to an auction house, and they’re going to want to know where it was, and they would require independent analysis,” he said.

For rocks that are larger than a baseball, he added, “people find they get more money by carving it up and selling it in smaller pieces.”

Meteorite fragments are not radioactive or dangerous, said Palma, unless they have just landed, when they might be blistering hot.

The lucrative price for meteorites – and the fact that rocks collected from national parks and other public land in the US are supposed to belong to the federal government – has created a thriving black market worldwide.

In 1998, as a special agent with NASA, Gutheinz led an undercover sting operation that was designed to catch people selling phony moon rocks. Instead, Operation Lunar Eclipse led him to a man who had a real moon rock and an asking price of $5 million.

It was traced to the Apollo 17 mission to the moon, and was given as a goodwill gift from then-US President Richard Nixon to Honduras. It was eventually returned to the government of Honduras.

Before someone buys a meteorite, Gutheinz said, a geologist should make a very definitive assessment based on evidence of extreme heat, weight, composition and other factors.

In the United States, Gutheinz added, “most meteorites are found in plowed fields or desert environments, all across the farm belt and the prairies in plowed land, and in Death Valley they’re found a lot because it’s dry so you don’t have the decay factor and they stand out against the background.”

As for how amateurs can tell if an odd-looking rock is a valuable find from outer space? Palma said there’s a simple test that will give a quick clue.

“If you see a streak of light, and hear the sonic boom, it’s a good giveaway that it landed someplace close to you and it’s worth checking out,” he said. “The first thing to do is check to see if it’s magnetic. It’s not a guarantee, but most of them are.”