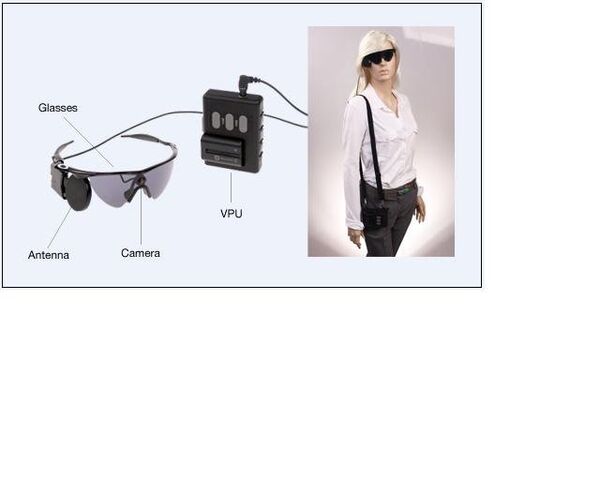 © Photo : Second Sight Medical Products, Inc.
Subscribe
The US Food and Drug Administration (FDA) has approved a “bionic retina” knows as the Argus II, the nation’s first implanted device for blind patients which allows some patients to see well enough to read large letters and detect large images and movement.

WASHINGTON, February 15 (RIA Novosti) - The US Food and Drug Administration (FDA) has approved a “bionic retina” knows as the Argus II, the nation’s first implanted device for blind patients which allows some patients to see well enough to read large letters and detect large images and movement.

“This is truly an exciting and historic moment in the drive to restore vision in people with advanced retinal degenerative diseases,” said Stephen Rose, chief research officer of the Fighting Blindness Foundation, in a statement.

“By restoring some basic vision, the Argus II gives people independence, mobility and, ultimately, improved quality of life,” he added.

The Argus II includes a small video camera and transmitter mounted on a pair of eyeglasses, a video processing unit and electrodes that are implanted onto the patient’s retina.

Together, they replicate the action of cells that have degenerated in patients with advanced retinitis pigmentosa (RP). An estimated 100,000 people in the United States have RP.

“Without the system, I wouldn’t be able to see anything at all, and if you were in front of me and you moved left and right, I’m not going to realize any of this,” said Elias Konstantopolous, who has been using the device through clinical trials.

“When you have nothing, this is something. It’s a lot,” he told The New York Times.

A clinical study reviewed by the FDA found participants could perform basic activities like detecting the direction of a motion; recognizing large letters, words, or sentences; detecting street curbs; walking on a sidewalk without stepping off; and matching black, grey and white socks.

“This is a game changer… that represents a huge step forward for the field and for these patients who were without any available treatment options until now,” said Robert Greenberg, chief executive of Second Sight, the California-based company that developed the Argus II, in a statement.

The Argus II received approval in Europe in 2011 to treat severe blindness from any type of outer retinal degeneration, but is only being marketed there for RT, according to The New York Times. In the United States, more trials are needed for approval.

The Argus II will be available later this year in approximately 10 clinical centers across the United States.