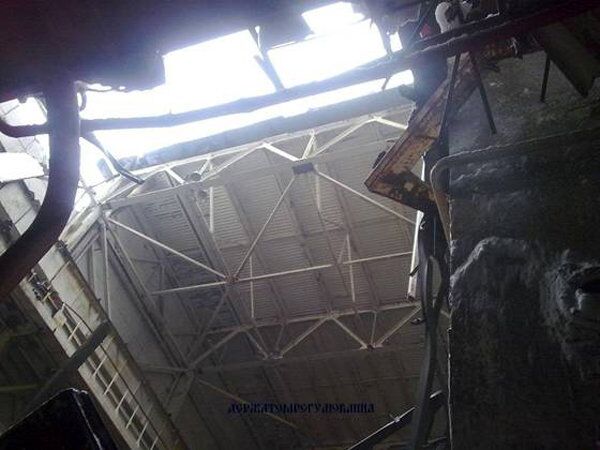 © Photo : Ukrainian State Inspection for Nuclear Regulation
Subscribe
Operations at the Chernobyl nuclear power plant are back to normal after a partial roof collapse on Tuesday, the nuclear power plant's website said on Thursday.

There has been no change in the level of radiation and there is no danger to human health, it said.

Wall panels and parts of the roof caved in on Tuesday in the machine hall at the plant's Unit 4, the site of the world's worst nuclear disaster in 1986. The damaged area was about 600 square meters (6,456 square feet), the Ukraine-based plant said in a statement.

No one was hurt in the incident, the station's management said.

The collapse was caused by snow piling up on the roof, the Emergencies Ministry said. The area where the roof collapsed is part of the power plant's original structure and not the so-called "sarcophagus" built after the accident.

The Chernobyl disaster took place on April 26, 1986, when one of its four nuclear reactors exploded. The Soviet leadership was slow to admit the scale of the accident and order an evacuation. Radioactive contamination spread as far as northern Sweden and the UK.

A new "sarcophagus," which will cover the existing one built after the accident, is currently under construction, as engineers fear that the older one may soon start crumbling, possibly leading to a radiation leak. The new arch-shaped sarcophagus is expected to contain the unit safely for about one hundred years.

The Chernobyl nuclear power plant has set up a committee that will conduct a probe into the collapse. The investigation is expected to last for two weeks, the plant’s press service said on Wednesday.