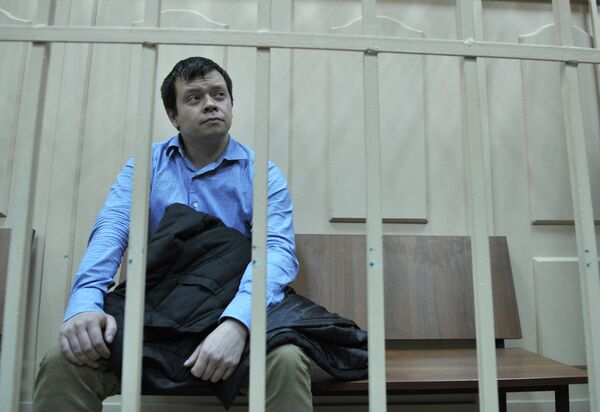 Moscow’s Basmanny Court has ruled to release opposition activist Konstantin Lebedev and place him under house arrest instead, the court’s press secretary said on Wednesday.

Leftist activist Lebedev, who has been in custody since October, will remain under house arrest at least until April 6, 2013.

The Russian Investigative Committee, which asked to have Lebedev placed under house arrest, said in a statement that it was an “adequate measure of restraint” given that Lebedev resides in Moscow.

Left Front leader Sergei Udaltsov, together with Lebedev and another activist who is currently being held at a prison in Irkutsk, Leonid Razvozzhayev, face charges of inciting mass disorder after a major opposition rally in Moscow last May. The rally ended in violent clashes between protesters and the police.

Investigators say the clashes were organized by Udaltsov, Razvozzhayev and Lebedev during a meeting last summer with Givi Targamadze, an influential Georgian politician. All three men deny the charges.

On February 9, the Basmanny Court fulfilled the investigators' request to have Udaltsov placed under house arrest. Investigators suspect the Left Front leader of plotting new mass disorder, saying Udaltsov participated in several protest rallies and traveled to other cities despite his pledge not to leave Moscow.