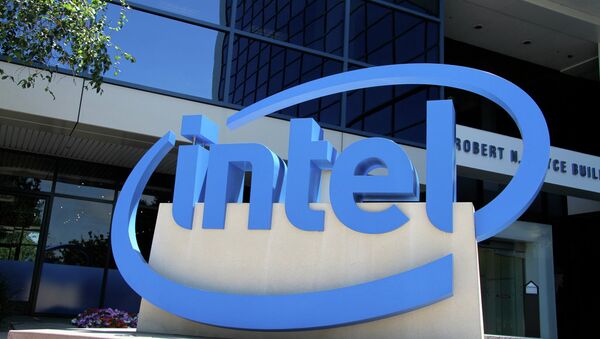 The world’s biggest chipmaker Intel announced this week it is developing a set-top television entertainment box that can provide personalized programming using a camera that can watch users watch TV, sparking a conversation among tech enthusiasts about the fine line between innovation and privacy.

WASHINGTON, February 13 (RIA Novosti) The world’s biggest chipmaker Intel announced this week it is developing a set-top television entertainment box that can provide personalized programming using a camera that can watch users watch TV, sparking a conversation among tech enthusiasts about the fine line between innovation and privacy.

“Today television does not really know anything about you, and it is the same television service for everyone in the household,” said Erik Huggers vice president of Intel Media during the All Things D: Dive Into Media conference in California on Tuesday.

The front facing camera on Intel’s yet-to-be-named set-top box (STB) will come equipped with facial-recognition software that will allow users to receive television show recommendations based on individual viewing patterns and history, the company said.

“In order to actually recognize who is there and to offer you your personal experience, rather than having to log in or put your fingerprint or do a retina scan…to make it completely seamless you need a camera,” Huggers said.

With the chip industry struggling, the consumer electronics market is where the money is, said Nathan Brookwood, principal analyst with Insight 64, a semiconductor consulting firm, according to the website Tech Hive.

The release of the device, slated for later this year, means Intel will join the already crowded STB market that includes companies like Roku, Apple, and Boxee which offer different variations of home entertainment devices that can stream movies, shows, and let users surf the internet.

The box will also offer live and on-demand TV programming and will come equipped with a programming interface that will allow users to find shows more easily than with current cable and satellite options, the company said.

Intel’s new technology will be of special interest to advertisers, who tech writers said, will have the ability to target ads using the age and gender of the individual watching television.

“The on-demand project will nonetheless rely on the viewer-tracker potential, helping advertisers craft more appropriate content and recommending more relevant shows depending on who’s watching what,” the electronics blog SlashGear reported, adding that Intel is aware of the “uphill challenge” the company will face attempting to market such a device to the general public.

“Aren’t we getting into a little bit of creepiness here?” All Things D’s Walt Mossberg asked Huggers. Huggers responded by reminding potential consumers the camera does come equipped with a shutter that can be closed at any time for the camera-shy.

What remains to be seen, experts said, is if the comfort of revealing private information that has become second nature on the web will be commonplace for users watching television in their homes.