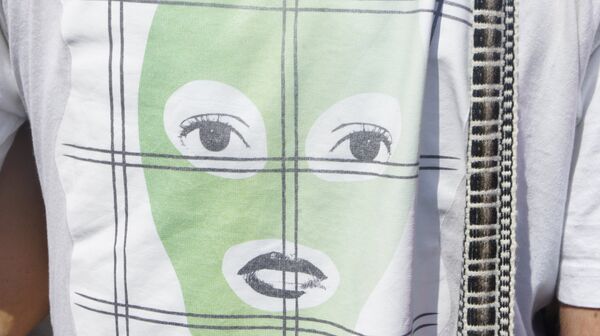 Russian officials were infuriated when unknown vandals painted the Russian Expeditionary Force monument to a soldier and his horse in bright blue, pink and purple colors. The statues were decorated with balaclavas similar to the ones worn by Russia’s all-female punk band Pussy Riot, and there was a graffiti note that read: “Free Pussy Riot.” Photos of the painted monument appeared in the local media on Friday.

“The embassy immediately sent a note to the French Foreign Ministry expressing our indignation with this hostile act toward the memory of those who fought and died for our countries,” Parinov said on Friday.

The monument, opened in 2011 by then-Prime Minister Vladimir Putin in Paris' historic center, is dedicated to the Russian military forces sent by the Russian Empire to France during World War I.

Parinov said the embassy also sent letters to the Paris police and city administration. He added that French officials reacted quickly and cleaned up the statues, but the perpetrators remain at large.

Three members of Pussy Riot were convicted of "hooliganism motivated by religious hatred" for performing an anti-Putin “punk prayer” at Moscow's Christ the Savior Cathedral last February. Two of them were sentenced to two years in prison, while another one had her sentence suspended.