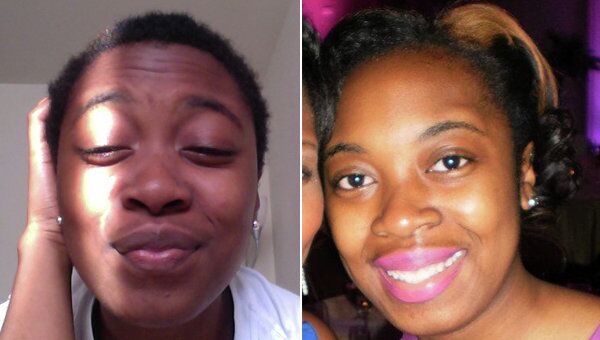 Esi Ozemebhoya remembers the jaw-dropping disbelief of classmates when they saw her for the first time after the “big chop.”

WASHINGTON February 8 (By Sasha Horne for RIA Novosti) Esi Ozemebhoya remembers the jaw-dropping disbelief of classmates when they saw her for the first time after the “big chop.”

“It was a big deal,” Ozemebhoya, a 19-year-old student at Georgetown University said, describing the reaction of classmates to her decision to cut off her chemically-straightened hair and allow her tightly-coiled curls to grow out naturally.

Ozemebhoya’s experience, experts say, spotlights a unique dilemma faced by millions of black women eager and able to meet career challenges in America’s resolutely conservative workplace yet compelled to subvert their physical nature – at their own expense – to do so.

For black women in particular – in contrast to black men or people of either gender from other races – it is a subliminal and, critics argue, unfair pressure to conform to a standard of “professional” appearance in corporate America by artificially altering a basic body feature.

“The historical brainwashing we have received as a people is that black hair showed inferiority and ugliness,” stated Lori Tharps, co-author of the 2002 book “Hair Story: Untangling the Roots of Black Hair in America” which examines African-American hair issues of the past 500 years.

In an interview this week with RIA Novosti, Tharps explained that the goal of the book that she wrote with Ayana Byrd was to raise awareness about the issue among fellow women of color and help them understand that decisions on hairstyles must be a choice – not a requirement.

“The opposite of straight hair is not ugly hair,” Tharps said.

The straightened-hair look, glamorized by US First Lady Michelle Obama, television talk show star Oprah Winfrey, pop diva Rihanna and numerous other high-profile personalities, can be achieved in a variety of ways including chemical relaxers and hair extensions.

Many black women, including 29-year-old Lauren Williams, say that for them the decision to suppress or alter their natural hair it is purely a matter of aesthetics, convenience and personal choice.

“There are certain styles I just don't feel would be accepted,” said Williams, a Washington based political communications professional.

“Historically, if African-Americans wanted to progress both personally and politically there had to be some assimilation that occurred during the process,” she said. “I have to fit into the ideals of what a hiring manager thinks would make for the best candidate.”

But while Williams compared the cost of maintaining her hair extensions to investing in a quality business suit, she also confessed to a “secret love affair” with natural hair, a topic she has addressed on her political style blog, Posh Politics.

Commentators in fields ranging from sociology to entertainment point out that while straightened hair may be lower maintenance than grooming and training natural curls, a booming, multibillion-dollar black beauty product industry may also influence the choice black women make about their hair.

In 2011 alone, African-Americans spent $7.6 billion on personal care products and services including hair, spa, and other beauty treatments, according to a report from Target Market News, a Chicago based firm specializing in black consumer market trends in the United States.

Professional hair stylists in New York and Washington contacted by RIA Novosti said chemical relaxers and hair extensions can range in price from $100 to $10,000 per appointment, depending on the client’s location and the services delivered.

The centrality of “the hair question” to the lives of African-Americans in general, and to black American women in particular, was captured in the 2009 documentary “Good Hair” starring comedian Chris Rock.

Historians, hair stylists and student activists have all said American black women face unique challenges on a variety of levels in making their natural hair “acceptable” enough to level the playing field with any other colleague in the workplace. But they also said progress is being made.

“I think the barriers are slowly coming down,” said Christopher Chambers, professor with Georgetown University’s Culture, Communications, and Technology program.

More high-profile black women wearing their hair naturally – and serving as role models for younger generations – will be need however for the walls to disappear entirely, Chambers said.

Patrick McKay, chair of the Human Resource Management degree program at Rutgers University in New Jersey, concurred. He said differences in tolerance levels were starting to become more apparent in various industries and sectors of the US economy.

“What I’m finding is that it depends on the diversity climate of the company,” McKay said.

And over the past decade, the so-called natural hair movement has gained momentum, with the help of social media and blogs serving as a resource for women curious about leaving the chemicals behind.

For Georgetown sophomore Ozemebhoya, the issue is less about whether her peers approve or disapprove of her new look than it is about basic freedom and acceptance of her natural appearance.

“It was liberating,” she said of the decision to cut her chemically-straightened hair – an act known as the “big chop” and, for the first time since she was five years old, feel the texture of her natural hair.