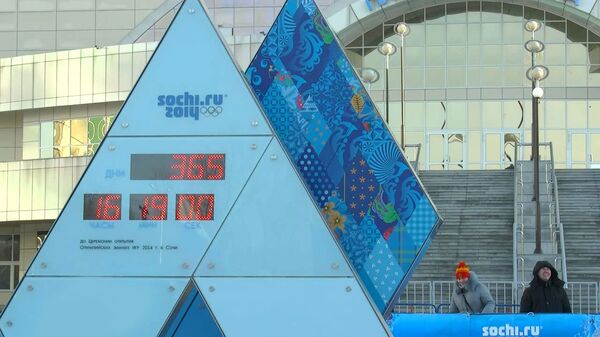 The International Olympic Committee's hopes that Russia will turn the clocks back an hour for the Sochi 2014 Winter Games took a blow on Thursday, when Prime Minister Dmitry Medvedev appeared to rule it out.

MOSCOW, February 7 (R-Sport) – The International Olympic Committee's hopes that Russia will turn the clocks back an hour for the Sochi 2014 Winter Games were dashed on Thursday, when Deputy Prime Minister Dmitry Kozak ruled it out.

Russia moved to a four-hour winter time difference with Greenwich Mean Time in 2011 under a much-criticized move by then-President Dmitry Medvedev.

The IOC said last month it would "look favorably" upon any plan to restore the old practice of turning the clocks back for the winter. That would allow TV viewers in the West to follow the Games at a more palatable time of day.

But Prime Minister Medvedev called it an "impractical" idea.

“The government finds another time adjustment impractical at the current period,” Medvedev said a Cabinet meeting.

“We will live under these conditions and keep the current order for now.”

Medvedev claimed the number of supporters and opponents of reverting to daylight saving clock adjustments were roughly the same.

Later, Medvedev's deputy Kozak, who is responsible for overseeing Olympic preparations, said the competition scheduled had already been drawn up and the "decision is taken" not to adjust the clocks.

"It's not an easy question. We took our lead from the opinion of the Russian public."

The Sochi 2014 Games start exactly a year from now, with the opening ceremony on February 7, 2014.