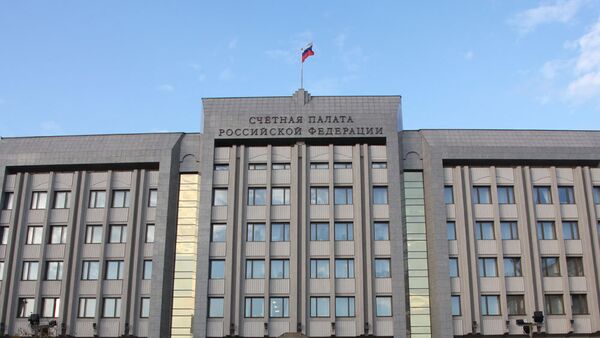 Russia’s budget watchdog has discovered nearly $4 billion in financial violations in the country’s defense spending for 2012, a lawmaker said Thursday after hearing a report on the findings.

MOSCOW, February 7 (RIA Novosti) – Russia’s budget watchdog has discovered nearly $4 billion in financial violations in the country’s defense spending for 2012, a lawmaker said Thursday after hearing a report on the findings.

The Russian Audit Chamber has identified waste and misappropriation totaling almost 117.5 billion rubles – just over $3.9 billion at today’s rate – in the area of national defense, the first deputy head of the State Duma's Defense Committee, Viktor Zavarzin, told reporters, after a closed-door committee meeting attended by officials from the Defense and Finance Ministries, the Prosecutor General’s Office and other agencies.

Russia’s Defense Ministry has been plagued by corruption scandals over the past year. Former Defense Minister Anatoly Serdyukov was sacked in November amid a $130 million fraud investigation into the sale of ministry property. And last month, Russian police said they had uncovered the embezzlement of some $17 million by the country’s Strategic Missile Forces dating back to 2008.

A significant portion of the 2012 violations, estimated at nearly 70.4 billion rubles (about $2.3 billion), had to do with overspending on state contracts despite established thresholds, Zavarzin said.

He added that “unauthorized and ineffective expenditure of budget funds equaled, respectively, 10.6 million rubles and 23,173,000 rubles,” and that 114 million rubles had been reimbursed to the government.

Defense Committee member Alexander Tarnayev blamed part of this misspending on outsourcing for services like food and laundry. He suggested that one way to save money “when forming the federal budget for 2013 and the 2014-2015 planning period” would be to monitor state contracts more closely to ensure contractors and subcontractors are not overcharging.

Tarnayev cited 2012 spending on food for servicemen as an example. He said the difference between the total contracts signed by the Defense Ministry with the Voyentorg company, meant to provide this service, and the contracts signed by Voyentorg with its relevant subcontractors may be as high as 672.7 million rubles, or over $22 million, based on the Audit Chamber’s findings.

Story updated to reflect the fact that it is not clear whether the sum in question was "lost," as stated in the original.