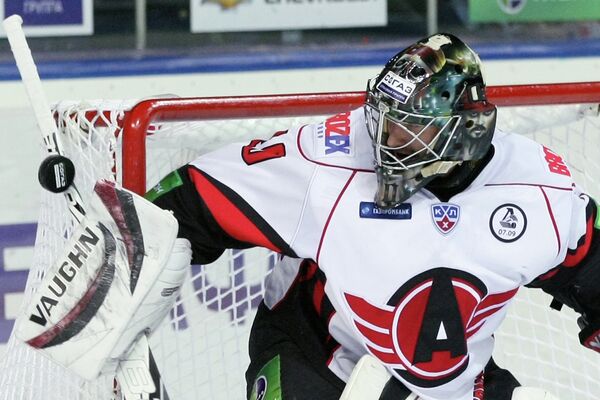 Avtomobilist Yekaterinburg, rock bottom of the Eastern Conference with 35 points from 49 games, will receive an unspecified cash injection from the company as part of a regional charity campaign, said Oleg Chemezov of the TNK-BP Sibir affiliate.

"Physical culture and sport are the spheres of social life whose development we are always ready to provide charitable resources for," Chemezov said.

Yekaterinburg, Chemezov said, was a "strategic region where our work is only just starting, and at this stage it's important to strike up the kind of cooperation that will benefit the company and the lifestyle of the population."

Avtomobilist, like many regional sports teams in Russia, have been in financial difficulties in recent times, and required rescuing by the Agropromkredit commercial bank in September.

The team lists as sponsors on its website that bank, the regional government, Gazprombank, electricity company MRSK Ural and the city's Koltsovo airport.

A deal to sell BP's stake in the beleaguered joint-venture to Rosneft is expected to be completed in the coming months.