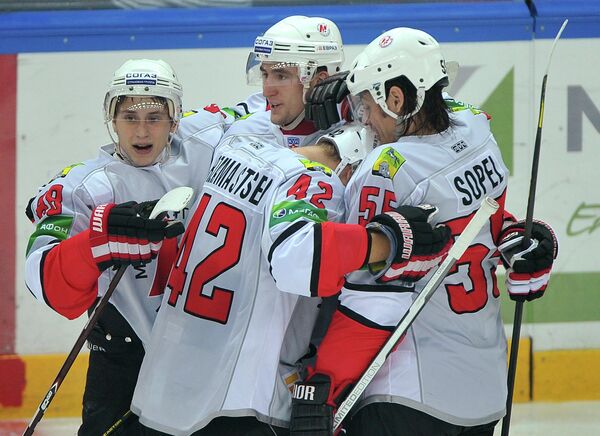 Metallurg was seriously weakened by the recent departure of seven main players but managed to put up some resistance in the first half of the game, when Alexander Mereskin made the score 2-1 early in the second period.

However, a goal from Alexander Romanov and two from Sibir’s top scorer Jori Lehtera in the next 10 minutes sent Sibir into a clear lead.

Then former Winnipeg Jets defenseman Arturs Kulda and Alexander Kutuzov netted their second goals of the game to make it a 7-1 rout.

Sibir has only once qualified for the KHL playoffs before, losing to Salavat Yulaev in the first round in 2011.