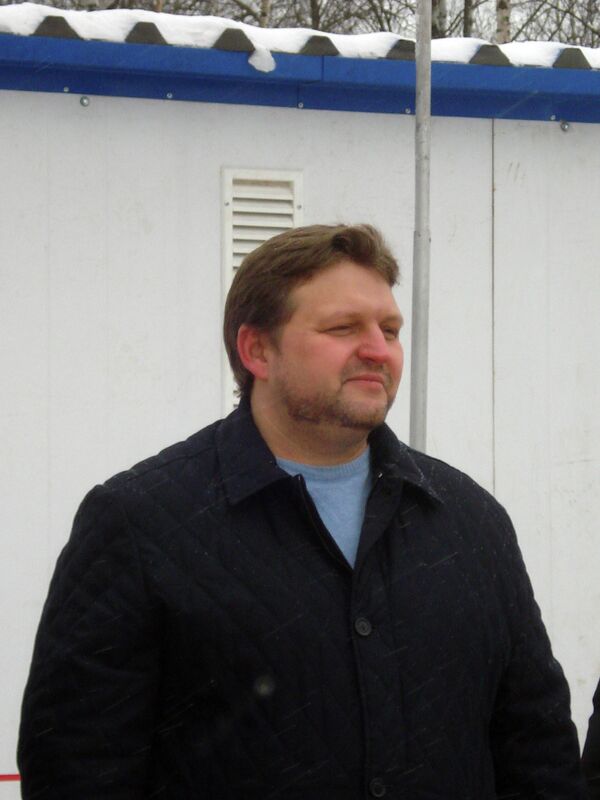 © RIA Novosti . Daria Gorbatenko
Subscribe
Russian investigators questioned a former member of a once prominent liberal political party on Friday and summoned three others for questioning next week over an embezzlement case linked to famous opposition figure Alexei Navalny.

MOSCOW, February 1 (RIA Novosti) – Russian investigators questioned a former member of a once prominent liberal political party on Friday and summoned three others for questioning next week over an embezzlement case linked to famous opposition figure Alexei Navalny.

Investigative Committee spokesman Vladimir Markin said Nikita Belykh, the governor of the Kirov Region who once led the Union of Right Forces (SPS) party’s political council, was questioned on Friday as a witness in connection with the party’s funds getting embezzled in 2007.

Journalist Maria Gaidar, who had earlier been a member of the SPS political council, told the RBC business news portal that she was also summoned for questioning over the SPS money embezzlement case. RBC reported that Gaidar and Nemtsov will be questioned on Tuesday, and Gozman on Monday.

Markin also said journalist Vladimir Solovyov has been summoned for questioning. Solovyov later tweeted that an investigator had a conversation with him in a café to confirm that Solovyov was the real owner of his Twitter account, where he had exchanged tweets with Belykh.

The Russian Investigative Committee suspects Allekt, a company Navalny headed, of embezzling some 100 million rubles ($3.3 million) that Allekt received from the Union of Right Forces party for advertising services.

Earlier on Friday Belykh was questioned in connection with the 2010 privatization of the Kirov Region’s Urzhumsky distillery, which allegedly involved fraudulent transactions with 25.5 percent of its shares.

Police searched the office of the Kirov governor on Tuesday. The search was supposed to turn up papers linked to the distillery deal, in which, investigators said, the shares were underpriced by up to 90 million rubles ($3 million).

Three people have been taken into custody in connection with the case. One official, the former director of the regional property division Konstantin Arzamastsev, has been put on a "wanted" list.

Earlier official reports indicated that investigators are also considering targeting Navalny, the whistleblower and anti-corruption crusader who served as Belykh’s pro bono adviser in 2009, in connection with the case. In January 2013 investigators brought final charges against Navalny for his alleged role in the embezzlement of 10,000 cubic meters of timber at the KirovLes state-run timber factory while he worked in the Kirov Region in Russia’s Volga Federal District.

Meanwhile, Russian presidential spokesman Dmitry Peskov told reporters on Friday that the Kremlin has not raised the issue of firing Belykh from the post of the Kirov regional governor in connection with the criminal cases.