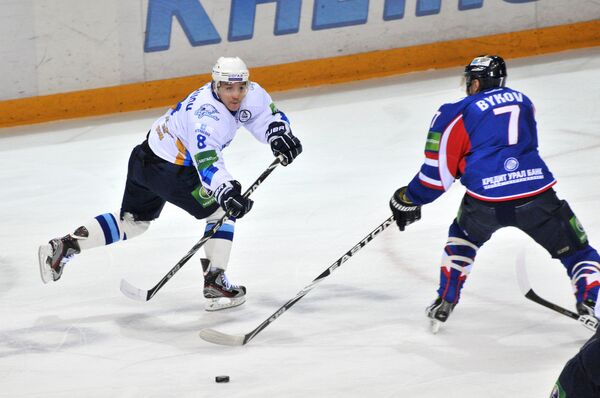 With the win, the KHL's only Kazakhstani team climbed to sixth place, ahead of Sibir Novosibirsk, which also sealed a playoff berth with a 7-1 demolition of Metallurg Novokuznetsk earlier in the day.

The first period ended with the score level, as Avangard wing Tomas Zaborsky cancelled out Fyodor Polishchuk's opener for Barys.

Anton Kuryanov put Avangard in the lead early in the second, but Kazakh forward Talgat Zhailauov equalized for the hosts.

Avangard remains at the top of the conference, six points ahead of Ak Bars Kazan, which was thrashed 5-0 by Salavat Yulaev Ufa.

Alexei Glukhov and Sergei Zinovjev gave Salavat a 2-0 lead by the end of the second period, before Anton Slepyshev, Nikita Filatov and Antti Pihlstrom netted three goals in 140 seconds to finish off two-time KHL champion Salavat.

Ak Bars remains second despite four consecutive defeats, while Salavat is fifth. Both have qualified for the playoffs.