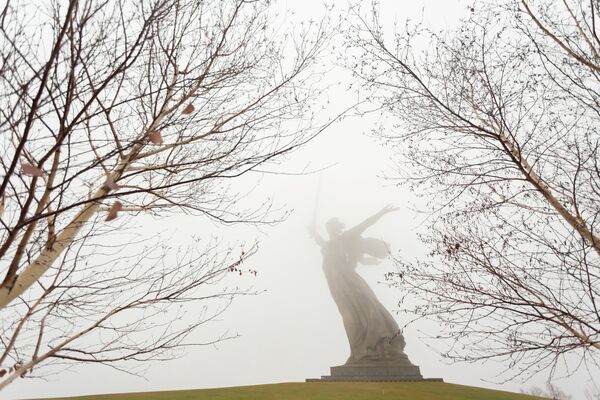 The Russian city of Volgograd will call itself Stalingrad again for a few days this year, to mark the 70th anniversary of the epic World War II battle in that city, after local officials approved the measure on Thursday.

MOSCOW, January 31 (RIA Novosti) – The Russian city of Volgograd will call itself Stalingrad again for a few days this year, to mark the 70th anniversary of the epic World War II battle in that city, after local officials approved the measure on Thursday.

The city legislature said Volgograd would be named “hero-city Stalingrad” on February 2, marking the end of the battle and other milestone dates, over half a century after the city's name was changed in 1961, following the campaign against Soviet leader Joseph Stalin's "cult of personality."

The decision was made “after numerous requests” from World War II veterans, the city government said in a statement.

The city decree means the city’s old name – Stalingrad - can be used at demonstrations, in speeches and official reports on at least six dates starting this year, including Victory Day (celebrated in Russia on May 9), November 19 (the launch of the counterattack in Stalingrad) and September 2 (marked in Russia as the end of World War II), and other war-related occasions.

The massive battle started on July 17, 1942 and ended on February 2, 1943. A total of around two million people were killed on both sides.

Volgograd was originally named Tsaritsyn until 1925, when it was renamed after Stalin for his role in leading the Red Army in the city during the Civil War. The city got its present-day name under Soviet leader Nikita Khrushchev as part of his de-Stalinization campaign, eight years after Stalin's death.

Sergei Mitrokhin, leader of the liberal opposition Yabloko party, spoke out against honoring Stalin during this year's celebrations, saying victory in the battle was won by the people, not the Soviet leader. “Let’s hope they won’t rename the city officially,” Mitrokhin told RIA Novosti.

Earlier this week, a group of activists from the Communist Party and Trade Union of Russian Citizens movement collected over 50,000 signatures in a petition asking President Vladimir Putin to rename the city, which has a population of one million, as Stalingrad. Putin has not yet commented on the proposal.

"I'd really like it to become Stalingrad again, it deserves this name," war veteran and city native Boris Kryzhanovsky told RIA Novosti on Thursday.

In a poll by the independent Levada Center held in October, 60 percent of those asked were against renaming Volgograd, while 18 percent favored the idea. The margin error of the survey, which polled 1,601 Russians across the nation, was 3.4 percent.

A rehearsal for a parade was held in downtown Volgograd on Thursday ahead of Saturday’s celebrations, marking the surrender of the Axis forces at the end of the 200-day Battle of Stalingrad, which is seen by historians as one of the pivotal points in the war.

Russian and German symphony orchestras will perform together at a concert in the city on Sunday as part of the celebrations.

A group of pro-Stalin activists plan to run controversial “Victory Buses” in Volgograd (also known as “Stalinobuses” or “Stalin buses”) decorated with portraits of the Soviet leader, during the anniversary. The Stalin-themed buses will also run in St. Petersburg and Chita.

“Stalin buses” for the Victory Day celebrations in 2010 and 2011 aroused protests from human rights groups.