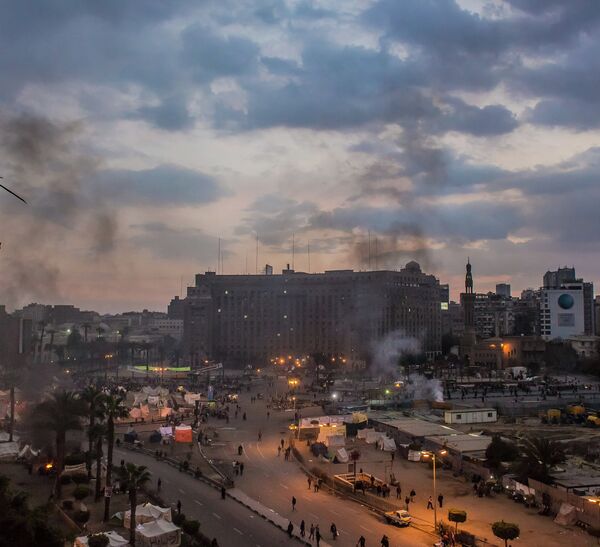 Three people were killed last night in the ongoing riots in the Egyptian capital Cairo, the Egyptian Health Ministry said on Wednesday.

An eyewitness said one young man was shot dead by a group of people in civilian clothes armed with knives and shotguns.

On Monday, Egyptian President Mohammed Morsi declared a state of emergency in three cities along the Suez Canal, where violent riots killed dozens of people in the last three days.

Dozens have died and hundreds have been injured in clashes between the police and soccer fans in Egyptian cities of Port Said, Ismailia and Suez on Saturday. Four more people were killed and more than 400 others were injured after tens of thousands of mourners attended a mass funeral in Port Said on Sunday.

The violence erupted on Friday, after a court handed down death sentences to all 21 defendants in a trial that is part of the so-called “Port Said tragedy,” a high-profile case of Egypt’s worst-ever football fan clash and stampede that left at least 72 people dead and another 254 injured last February.