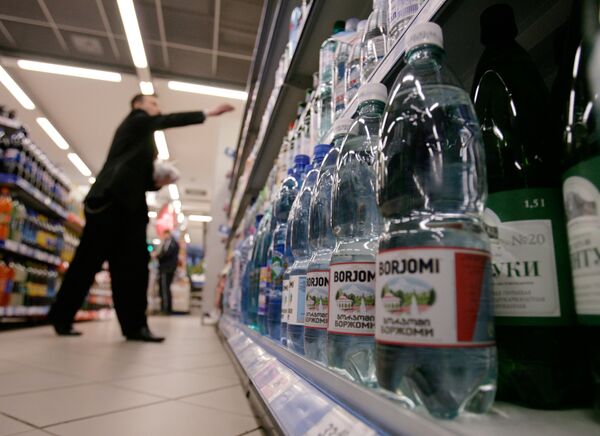 The heirs of the deceased Georgian businessman Badri Patarkatsishvili have closed a deal to sell control of Borjomi mineral water producer to Russia-based Alfa-Group, the heirs’ representative said on Sunday, referring to the businessman’s widow and Borjomi co-owner Inna Gudavadze.

“We can confirm that the deal has been closed,” Gudavadze was quoted as saying.

The terms of the deal to sell a controlling stake in IDS Borjomi to an Alfa-Group structure are confidential, Gudavadze said. “But we can say that the size of the share package retained by the family allows its participation in the management of this asset.”

Forbes magazine earlier reported that 100 percent of IDS Borjomi was evaluated at around $500 million. Before the deal, 87 percent of the Borjomi producer’s parent company, IDS Borjomi Beverages, was held by the Patarkatsishvili family and the remaining 13 percent by minority shareholders in Ukraine and Georgia.

“Now we are in the process of transferring control of the company to the Russian investor and we’ll remain minority shareholders who are ready at any moment, if necessary, to provide any support to our Russian partners and the company’s management,” Gudavadze earlier told reporters.

Borjomi, a mineral water brand famous in the former Soviet Union, was banned in Russia in 2006 over what the Russian consumer rights watchdog said was its poor quality, a move widely condemned in Georgia as politically motivated.

Relations between Georgia and Russia saw a sharp increase in tensions during the rule of Georgian President Mikheil Saakashvili, which culminated in a five-day conflict in 2008 over the breakaway republic of South Ossetia.

Georgian billionaire tycoon Bidzina Ivanishvili, the leader of the Georgian Dream coalition that won the country’s parliamentary elections late last year, said he wanted to improve relations with Russia and would welcome Russian investors in Georgia.