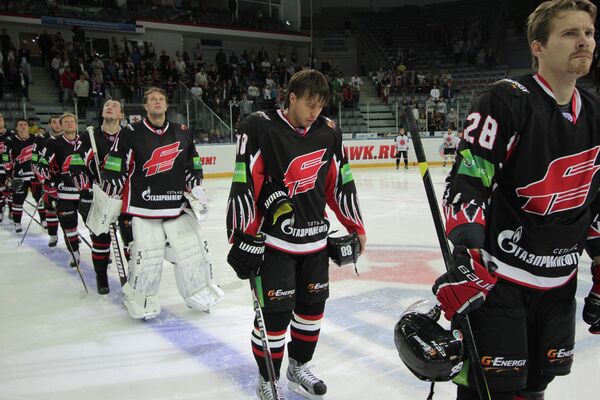 Both players, whose current teams have already failed to make this season's playoffs, are set to join Avangard next week after signing contracts till the end of the season, the source said.

Gusev, 37, spent two seasons in Omsk in the mid-2000s and is regarded as a substitute for injured defenseman Kirill Lyamin, who hasn’t played since the start of the year due to a broken finger.

Meanwhile Bumagin, 25, is Metallurg's second-top scorer with 36 points after 41 games.

The newcomers may debut for Avangard in Friday’s clash at Barys Astana.