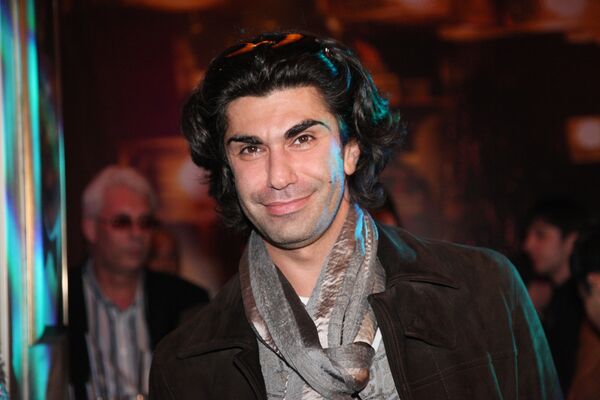 © RIA Novosti . Екатерина Чеснокова
/
Go to the photo bank
Subscribe
The management of Russia's Bolshoi Theatre denied on Friday it was carrying out a campaign against star ballet dancer Nikolai Tsiskaridze, who has been questioned by police over last week’s acid attack on the theater’s artistic director Sergei Filin.

MOSCOW, January 25 (RIA Novosti) – The management of Russia's Bolshoi Theatre denied on Friday it was carrying out a campaign against star ballet dancer Nikolai Tsiskaridze, who has been questioned by police over last week’s acid attack on the theater’s artistic director Sergei Filin.

Tsiskaridze, a rival contender who lost out to Filin for the job of Bolshoi Theatre’s artistic director in 2011, accused the Bolshoi administration on Thursday of a campaign of “deliberate persecution” against himself and other “unwanted” figures.

“When this scare began, the spokesperson and director began saying they know who is guilty, referring to people who are constantly defaming the theater,” Tsiskaridze said.

“I have spoken about the administration which is acting in a wrong and illegal way. And now they have decided to start firing arrows,” he said.

Tsiskaridze, who recently gained media attention for criticizing the results of the theater’s six-year renovation work, was questioned by police earlier this week over the attack on Filin.

A masked assailant threw concentrated acid into Filin’s face and fled the scene on January 17. Filin suffered third-degree burns to his face and eyes, and is being treated at a hospital in Moscow, where doctors are fighting to save his sight. It could take at least six months for him to recover.

Bolshoi spokesperson Ekaterina Novikova has dismissed Tsiskaridze’s statement, saying “no one has ever dared accuse him [Tsiskaridze] of the tragedy,” adding the Bolshoi administration is linking the crime to Filin’s professional activity.

Novikova said Tsiskaridze continues to work as the Bolshoi Ballet's premier dancer and is keeping his training job there under a part-time contract which runs until June 30.

“It’s up to Director General Anatoly Iksanov to decide whether the pedagogical contract will be extended,” the spokesperson said.

Iksanov previously said he was sure Tsiskaridze was not implicated in the attack, and investigators would make the final judgments in the case.