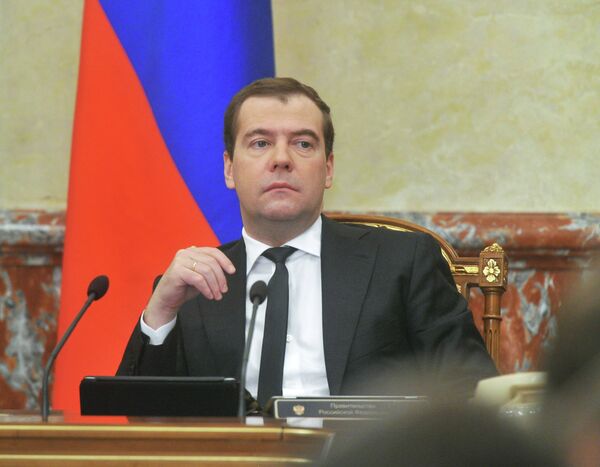 Some 50,000 corruption cases are being currently investigated in Russia, Prime Minister Dmitry Medvedev said in an interview with the Swiss newspaper Neue Zurcher Zeitung.

“There are currently 50,000 corruption cases in courts. That's a lot, but only high-profile cases catch the public eye,” Medvedev said.

Russia ranked 133rd out of 174 countries in the latest Corruption Perception Index by Transparency International published in December.

Medvedev gave no comments about the recent corruption scandal involving Serdyukov, saying: “As a lawyer, I make a point of never talking publicly about individual court cases.”

“However, I believe that it is good that corruption cases are covered on TV and discussed by civil society,” he said.