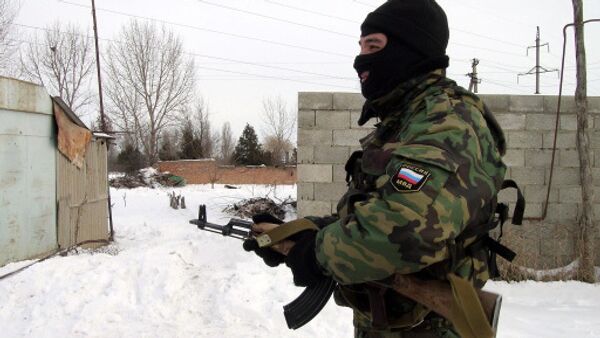 The two men, brothers Hussein and Muslim Gakayev, were killed along with ten other militants during a special operation in the mountainous southeastern region of Vedeno that began on Wednesday and is still continuing, according to police.

The elimination of the Gakayev brothers, who have been linked by Chechen Republic Head Ramzan Kadyrov to bombings and other attacks on security officials in the region, represents a major coup for the leader, who has often singled out the brothers for their alleged roles in leading the local Islamist insurgency.

“The Gakayevs are known for the fact that over many years, they have committed particularly serious crimes, including terror attacks [and] attempts on the lives of local law enforcement officials,” Kadyrov said in a statement on Thursday.

Security officials received confirmation of their deaths from a captured militant, he added.

Two police officers were also killed in the operation and seven more wounded, according to Russia’s Investigative Committee.

Kadyrov said Muslim and Hussein were far more dangerous than Doku Umarov, one of Russia’s most wanted militants.

“Umarov is nothing. Muslim and Hussein Gakayev, who have been killed, commanded gangs from the first days of the counterterrorism operation,” Kadyrov said. “Dozens of innocent murdered police officers, servicemen, teachers, enterprise directors and religious figures are on their conscience.”

Kadyrov has accused both brothers of staging a deadly attack on his hometown of Tsentoroi in August 2010, which left five police officers dead and 17 other officials and civilians injured.

Chechnya, and the wider North Caucasus region in general, has been the scene of over two decades of low-intensity Islamist insurgency with frequent attacks against the security forces and local government.