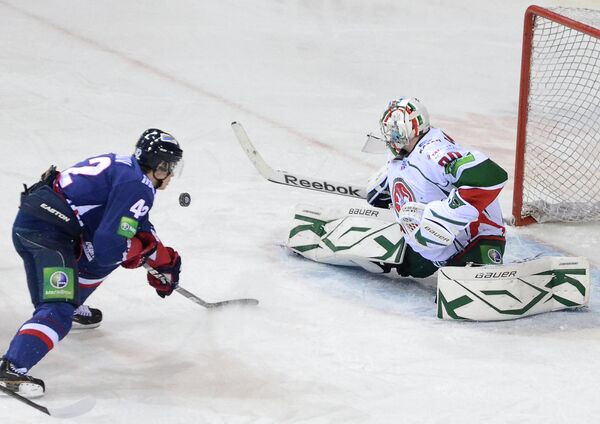 Ak Bars Kazan completed a 5-1 thrashing of Metallurg Novokuznetsk to continue its charge to be KHL regular season champion.

“In general, we are satisfied with the result and attitude of our players to the game,” Ak Bars coach Valery Belov said on the team’s website.

“We have an essential game against Avangard. So we considered today’s game as preparation for that oncoming clash. That’s why we approached this game seriously.”

Former Columbus Blue Jackets wing Nikolay Zherdev opened the score early in the game before Alexei Tereshchenko and Janne Pesonen increased the hosts’ lead to 3-0 in the second period.

Metallurg stands 10th and is unlikely to make it into the playoffs this season.