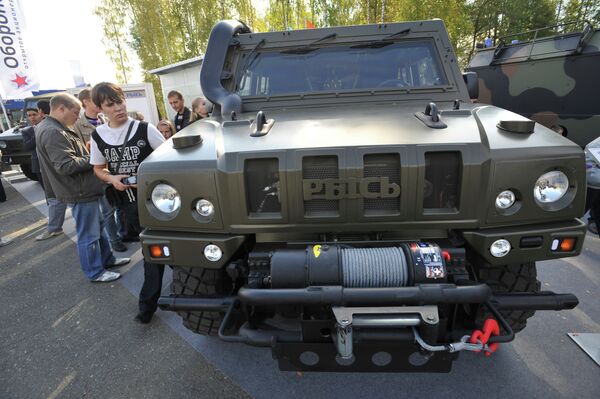 Almost all the Iveco LMVs that have been paid for have now been delivered and “we will not buy any more,” he said, explaining that the domestic manufacturer will be given priority.

“We have the Medved, Tigr and Volk families,” he said referring to domestically manufactured infantry fighting vehicles, and added that work to develop new, advanced models is currently underway.

Russia and Italy signed a contract for the production of Iveco vehicles, known as Rys/Lynx, under license in Russia in December 2011. Prior to that, four Iveco vehicles had been brought into Russia for field trials and tests.

It was not immediately clear whether Chirkin referred to the importing of Iveco LMVs from Italy or the purchase of locally manufactured Rys/Lynx vehicles.

A Defense Ministry source told RIA Novosti that the ministry asked the government to authorize an increase in the volume of Rys/Lynx purchases from 727 to 3,000 over the period 2013 to 2015.

Italy, a NATO member, has sold Lynx LMVs to a number of European countries, including Austria, Belgium, Britain, Norway and Spain, at a cost of about $300,000.