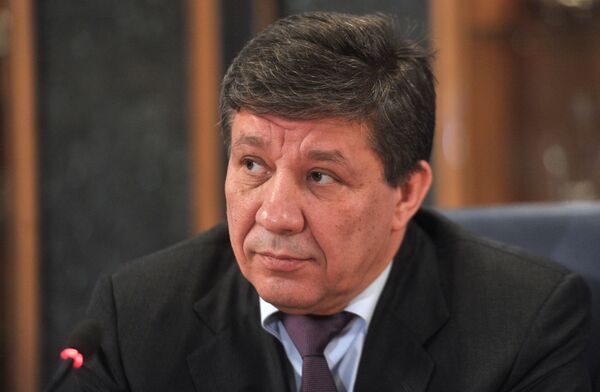 Russia's space agency Roscosmos and its European counterpart the European Space Agency (ESA) will sign a final agreement on March 15 on the ExoMars project, whose goal is to send unmanned probes to Mars, Roscosmos spokeswoman Anna Vedisheva said on Tuesday.

A meeting took place on Tuesday between the two agencies' managers, Roscosmos head Vladimir Popovkin and ESA boss Jean-Jacques Dordain, at which the two sides exchanged information about their work on the project and affirmed the final wording of the Russian and English agreement texts.

"The approval process for a final version of the agreement with the ESA council will be completed by March 13-14, 2013. The agreement will be signed following completion of this process by the managers of Roscosmos and the ESA's General Director on March 15 in Paris," Vedisheva said.

The ExoMars project envisages the launch of an orbital probe to Mars and a landing on the Martian surface of a lander module in 2016. A Martian "rover" probe will explore the surface of the planet in 2018.

ExoMars was initially supposed to have been a joint ESA and NASA project, but the US space agency pulled out after the ESA proposed Roscosmos' involvement and said it will not provide its Atlas carrier for the launch.

Russia has repeatedly expressed its desire to join the project, offering to provide Proton carrier rockets for the launches and scientific equipment in exchange for full membership.

ESA's management board approved the project on November 19 and Popovkin and Dordain were due to sign the agreement on November 27 of last year, but the Russians were not happy with its final text. The French Foreign Ministry proposed a series of amendments to “balance” the text out.