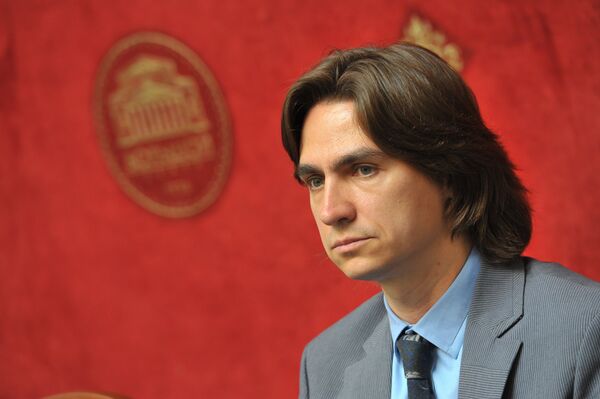 MOSCOW, January 18 (RIA Novosti) – The Bolshoi Ballet’s Artistic Director Sergei Filin suffered severe burns to his face in an acid attack by an unknown assailant in Moscow, a theater spokesperson said on Friday.

The attack occurred at around midnight on Thursday, as Filin was approaching his home. A masked assailant threw concentrated acid into his face and fled the scene.

Filin received third-degree burns to his face and eyes, and is being treated at a hospital in Moscow where doctors are fighting to save his sight. It could take at least six months for him to recover, Bolshoi Theatre spokesperson Yekaterina Novikova said.

"Sergei is in a satisfactory condition, he is in our burns center, not intensive care,” a hospital spokesperson said.

Police are investigating the attack, and have said that, if convicted, the assailant could face up to eight years in jail for inflicting willful damage to health.

The motive for the attack remains unclear. Investigators believe it could be linked to internal theatre politics.

According to Novikova, the theater spokesperson, the attack came after months of intimidation, during which Filin's car tires were slashed and he received threatening phone calls. Shortly before the attack, his Facebook page and an email account were hacked.

A hacker has now been arrested in connection with this attack, the Izvestia newspaper reported citing Anatoly Iksanov, general director of the Bolshoi Theatre. That report could not be immediately confirmed.

Filin will be sent to a military burns center in Belgium for treatment, Iksanov told reporters.

The Bolshoi Theatre reopened in October 2011 after extensive reconstruction which started in 2005.