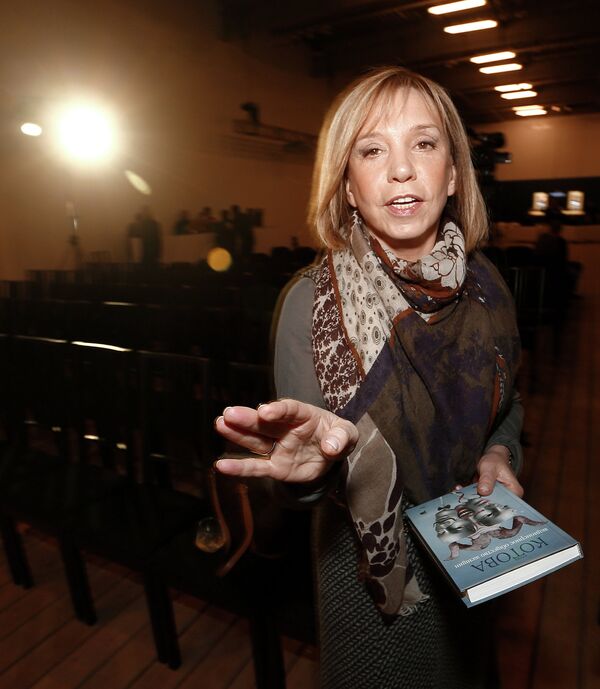 Russia’s former top representative at the European Bank for Reconstruction and Development (EBRD), Yelena Kotova, has been charged with seeking a bribe of $1.4 million, Russia’s Interior Ministry said on Tuesday.

Kotova and Igor Lebedev, a former top manager at one of Russia’s major banks, were charged with conspiring to demand the bribe for facilitating a $95 million EBRD loan to a Canadian oil and gas company, the ministry said in a statement.

The Interior Ministry said the suspects “used their official status and also connections in business structures” in an attempt to get “an illegal reward from the representatives of a Canadian oil and gas company.”

“During the investigation, enough evidence was collected to charge Kotova and Lebedev… The investigation into the criminal case is about to enter its final phase,” the Interior Ministry said.

Kotova, fomerly seen as a top Russian candidate for the post of EBRD vice president, has dismissed the accusations of attempted bribery, calling them “politically motivated.” Her lawyer Sergei Mirzoyev has also dismissed the charges as “unfounded” and “politically biased.”

Kotova served on the EBRD Board of Directors for five years until she was dismissed by Russia's Economic Development Ministry in December 2010. She is the first board member to lose diplomatic immunity since the EBRD was founded in 1991.

The London-based EBRD lifted diplomatic immunity from Kotova and three other officials appointed by Russia's Economic Development Ministry in order to assist the investigation by the Russian and British authorities. The move came after an EBRD inquiry found Kotova and three of her deputies had breached the bank's code of ethics.

The EBRD was set up to help the development of market economies in 29 emerging countries, from central Europe to central Asia. The bank invested nine billion euro in the region in 2010, including 2.3 billion euro in Russia.