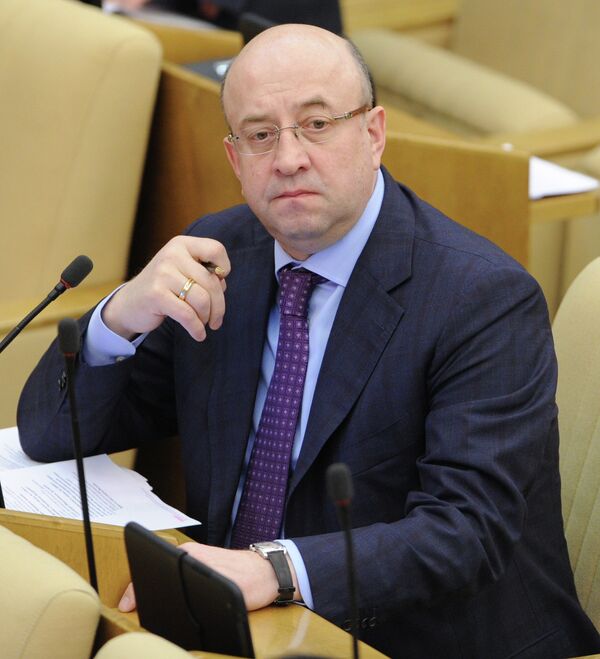 The petition to repeal the ban had over 100,000 signatures, collected online by the opposition-minded Novaya Gazeta newspaper. A committee of parliament’s lower house, the State Duma, formally discussed the document, but did not approve it for broader consideration.

“I will inform the State Duma that the discussion was held,” Vladimir Pligin, chair of the constitutional committee and a member of the ruling United Russia party, briefly told reporters after the meeting.

According to new regulations enacted in May, petitions signed by at least 100,000 Russians have to be discussed by a Duma committee, but, Pligin said, there is no legislation obliging Duma deputies to submit such initiatives for voting by the entire house.

Pligin also said it was hard to verify the collected signatures.

Novaya Gazeta’s editor-in-chief, Dmitry Muratov, said they were collected online and verified via IP addresses, but did not explain the specific methodology.

Both President Vladimir Putin and Duma Speaker Sergei Naryshkin have said lawmakers should discuss petitions with 100,000 signatures or more in accordance with the new legislation.

The government plans to create a unified procedure and single web resource for such petitions only by April.

The adoption ban, in force since January 1, is part of Russia’s response to the so-called US Magnitsky Act, signed by US President Barack Obama earlier in December. The act introduced sanctions against Russian officials suspected of human rights abuses and was named after Sergei Magnitsky, a whistleblowing lawyer who died under disputed circumstances in a Moscow pre-trial detention center in 2009.

Thousands of Russian activists gathered in the center of Moscow on Sunday to hold a protest march against the ban.

Two deputies with the opposition Just Russia party, Ilya Ponomaryov and Dmitry Gudkov, have vowed to submit the Novaya Gazeta petition as a bill as soon as possible. Their move is unlikely to gain support given that the overwhelming majority of lawmakers voted in favor of the ban last month.