Russia Unable to Get Black Box from Downed Chopper in Sudan 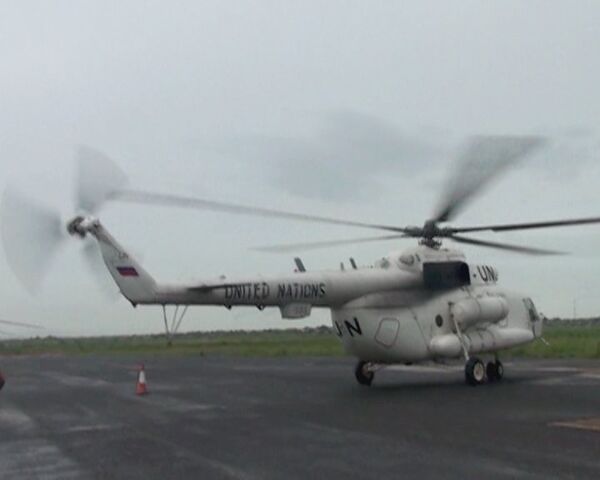 Russia did not receive on Monday a black box from its UN helicopter that was shot down in Sudan last month.

UN, January 15 (RIA Novosti) - Russia did not receive on Monday a black box from its UN helicopter that was shot down in Sudan last month, Alexander Pankin, a Russian UN deputy envoy, said.

In late December, a Mil Mi-8 helicopter was downed shortly after it took off from the settlement of Pibor in South Sudan’s eastern state of Jonglei. Five people, including four Russian crewmembers, on board of the aircraft were killed.

“This [the transfer] did not happen. We did not get the black box,” Pankin said adding that the transfer was scheduled for Monday.

According to the diplomat, local authorities unexpectedly changed their mind to hand over the black box saying they set up a new commission to investigate into the incident.

“The black box is kept in a vault under the UN mission’s protection. But the UN can not hand it over to us without the permission from the country, where the incident took place,” Pankin said adding that the transfer of the black box was postponed indefinitely.

South Sudan’s army has apologized for the downing of the aircraft, saying soldiers mistook the helicopter for an aircraft carrying arms to rebel forces, army spokesman Philip Aguer said earlier.

South Sudan’s army has been fighting rebel forces in Jonglei, including in the region where the helicopter was downed, since early December.