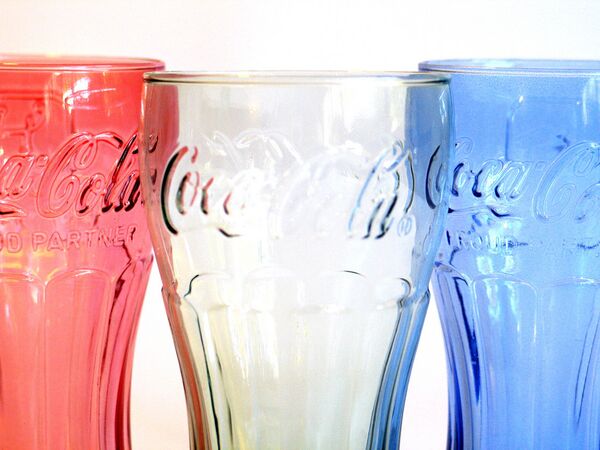 The world’s number one beverage company, Coca-Cola, is fighting back against critics who blame the beverage industry’s sugary drinks for the growing obesity problem in the United States, with a new ad campaign focused on being healthy and making smart decisions about calories.

WASHINGTON, January 14 (RIA Novosti) - The world’s number one beverage company, Coca-Cola, is fighting back against critics who blame the beverage industry’s sugary drinks for the growing obesity problem in the United States, with a new ad campaign focused on being healthy and making smart decisions about calories.

“This is an industry that is under siege and this is just damage control 101,” Jeff Cronin, communications director with the Center for Science in the Public Interest, told RIA Novosti on Monday about the two ads that Coca-Cola is releasing this week that symbolize the company’s growing presence in the debate over sodas impact on health.

“This ad campaign has nothing to do with public health, it is all about public relations,” said Cronin.

The first ad, titled “Coming Together” debuts Monday on US cable news networks, and is focused on highlighting the low calorie drink options the company offers and “to clearly communicate the calorie content of all its products,” wrote Diana Garza Ciarlante, vice-president of public affairs and communications for Coca-Cola, on the company’s website.

Another ad, called “Be Ok,” that will start airing on Wednesday will remind consumers to be “mindful that all calories count in managing your weight, including those in Coca-Cola products and in all foods and beverages,” wrote Ciarlante.

Coca-Cola is also asking that the country work together to combat obesity and take measures to be healthy, such as exercise, since more than one-third of US adults are obese, according to the Centers for Disease Control and Prevention.

Cronin argues that Coca-Cola’s new advertising campaign is really a “distraction” and is in retaliation to moves like the unprecedented ban that was passed in September by the New York City Board of Health that prohibits restaurants and food vendors from selling sugary drinks larger than 16 ounces (0.47 liters) in the city.

The soda industry in general wants to “avoid taxes and curbs on marketing,” Cronin said, pointing to this past November when the American Beverage Association (ABA) conducted a $2.5 million campaign that defeated a measure in two California cities that would have placed a penny-per-ounce tax on businesses that sell soda, juice and other sugar-sweetened drinks.

The ABA argued against the tax and stated on its website that, “instead of singling out scapegoats for obesity, health activists and politicians would be far more successful in their efforts if they would engage in an honest discussion about balanced diets and exercise.”

Coca-Cola’s new advertising campaign was started to address “the issue of the times” and to be a part of the discussion on obesity. The ads aren’t in response to negative public sentiment, Ciarlante told the Associated Press.