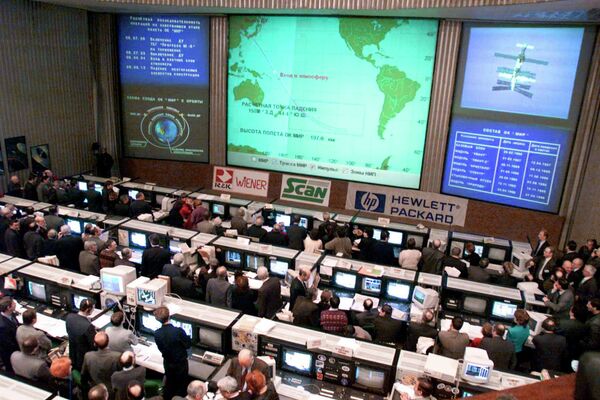 © RIA Novosti . Aleksandr Zemlyanichenko
/
Go to the photo bank
Subscribe
An ongoing reform of Russia’s ailing space industry should double its output by 2020, according to a new state program published on Saturday.

MOSCOW, January 12 (RIA Novosti) – An ongoing reform of Russia’s ailing space industry should double its output by 2020, according to a new state program published on Saturday.

The increase should give Russia a 16-percent share in the space technology market by 2020, up from the current 10.7 percent, said the program, available on the website of Russia’s Federal Space Agency.

Goals outlined in the program also include creation of the new Angara launch vehicle, development of the Vostochny space port in the Russian Far East and improvements to the Glonass satellite navigation system.

Space industry development is named the top priority in the document, followed by scientific research. Manned spaceflight has only the third-highest priority, though the program says that it would change after 2020, when the International Space Station is expected to end its mission.

The program’s price tag is put at 2.1 trillion rubles ($69 billion), including private investment, which is virtually nonexistent at the present.

The program was passed by the government in late December, but was not published before. It also reportedly contains a classified section, which was not made public.

Russia’s space program saw a slew of setbacks in recent years, most of them blamed on faulty hardware. The most recent mishap took place in December, when a botched launch of the Yamal-402 telecoms satellite led to depletion of its fuel supply, shortening its orbit lifetime.

The setbacks resulted in reshuffle at the Federal Space Agency in 2011. Deputy Prime Minister Dmitry Rogozin, who oversees defense and space industries, announced late last year a switch to a holding-based model of the industry, which he said would be implemented by next March.