India and Pakistan Square Up Over Kashmir 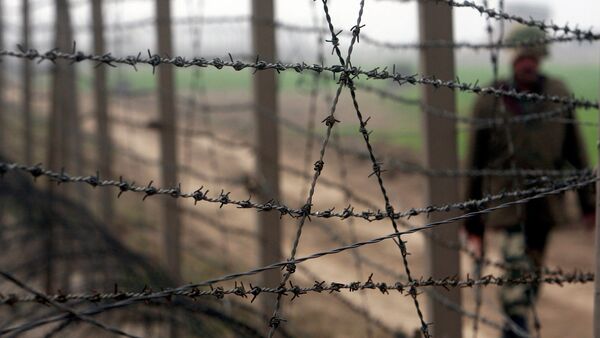 India and Pakistan are rushing to reinforce their armed forces in the disputed border area of Kashmir, following a spate of clashes between their armies last week across the so-called Line of Control which left several soldiers dead, Indian TV channel Zee News reported.

NEW DELHI, January 12 (RIA Novosti) — India and Pakistan are rushing to reinforce their armed forces in the disputed border area of Kashmir, following a spate of clashes between their armies last week across the so-called Line of Control which left several soldiers dead, Indian TV channel Zee News reported.

The Indian military have deployed unmanned air vehicles (UAV) in the area, the channel says. Indian military sources claim the Pakistan Army opened fire on eight of its posts along the Line on Friday. Pakistan has also closed all border trading posts in the area.

Indian daily The Hindu says the latest incidents may be the result of an incident last fall in which a villager crossed the Line of Control from Indian- to Pakistan-controlled territory, prompting India to beef up its border fortifications. That prompted Pakistani calls to stop, which escalated to firing. Until last week, the two sides had maintained a nine-year ceasefire in the tense region.

The latest fighting in the area began on January 6, when a Pakistani soldier was killed by Indian forces, India's Daily News and Analysis said. Another incident took place on January 8, when India claimed two of its soldiers were killed and one of them beheaded in an attack on an outpost by Pakistan. Delhi lodged a formal protest with Islamabad over the incident.

Pakistan denied any involvment in the incident and accused India of an attack on one of its frontier posts on January 10 in which another Pakistani soldier was killed. India rejected a call by Pakistan for an independent UN investigation into the incident. India called for a meeting with the Pakistani military on the frontier to resolve the situation, which was declined, according to Zee News.

The Indian Prime Ministerial security adviser, Shiv Shankar Menon, said on January 10 that the number of incidents along the Line of Control has risen drastically in the last two years, but added this would not cause India to break off dialog with Pakistan.

Pakistan's Foreign Minister Hinna Rabanni Khar said last Thursday the incidents should not be allowed to interfere with the broader rapprochement between the two nations.

“The Pakistan government and the Pakistani people have demonstrated a deep and abiding commitment to normalize and improve relations with India and to really start a journey of trust-building," she said.

The Indian state of Jammu and Kashmir has been the scene of an on-going insurgency since 1989, with separatists from the majority-Muslim population demanding autonomy from India. Armed separatist groups remain active in the region including Laskhar-I-Taiba and Harakat-ul-Jihad-al Islamiya.

India maintains a garrison with an estimated size of almost half a million soldiers in the area, making it one of the most heavily-militarized regions on earth. Pakistan also has sizeable forces in the region.

India accuses Pakistan of sponsoring the insurgent groups in the region and assisting them with funding and training, while Islamabad maintains they are independent and are a response to Indian occupation.

Kashmir ended up divided after Pakistan and India fought for it after gaining independence from Britain in 1947. Pakistan occupies 33,000 square miles of the region and India around 39,000 square miles, as a result of the war the two sides fought over the region in 1947-49, with the Line of Control as the de facto border. The two nations went to war over the area again in 1965 and 1971 and came close to war again in 1991.