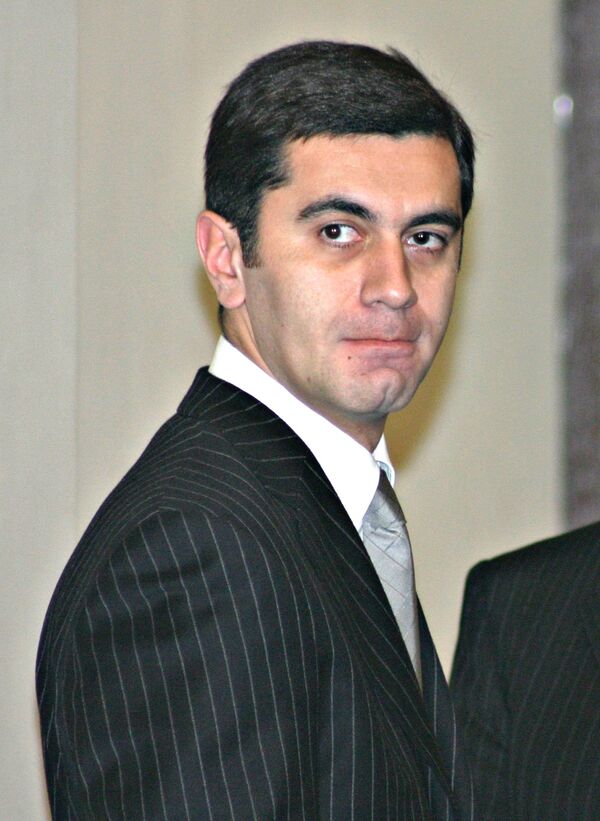 Former Georgian Defense Minister Irakli Okruashvili, arrested upon his return from exile in France to Georgia in November, has been released from custody on bail with good prospects for complete exoneration as early as next week.

TBILISI, January 12 (RIA Novosti) - Former Georgian Defense Minister Irakli Okruashvili, arrested upon his return from exile in France to Georgia in November, has been released from custody on bail with good prospects for complete exoneration as early as next week.

Okruashvili, who originally faced four criminal charges, was set free on a $9,000 bail by the Tbilisi City Court on Friday in a case involving charges of negligence while serving as defense minister in 2004-2006.

He was cleared of bribery and extortion charges by an appeals court on Thursday.

“I had no doubts about such outcome,” Okruashvili told reporters after leaving the courtroom. “But there are still two cases on which the trials are ongoing and are expected to be over next week and I expect similar decisions in these cases too.”

He is still facing charges of forming an illegal armed group and his negligence case is still pending, but chances are all charges against the former minister will be dropped as almost all witnesses who initially testified against Okruashvili have retracted their statements citing that they were coerced into testifying against him.

“The prosecution doesn't have a single charge that has been confirmed against myself or my colleagues,” Okruashvili said on Friday.

Okruashvili, who was considered President Saakashvili’s close ally before quitting the cabinet in November 2006, made a surprising return to Georgian politics a year later, leveling serious accusations against Saakashvili and announcing plans to form an opposition party.

Okruashvili accused Saakashvili, in particular, of setting up corrupt commercial deals to benefit his family, plotting to seize Georgia's breakaway republic of South Ossetia by force, and ordering the assassination of Georgian billionaire Badri Patarkatsishvili.

Georgian authorities arrested Okruashvili in September 2007 and charged him with abuse of office, money laundering, and corruption. However, he was later released on a $6-mln bail and left the country to settle in France where he was granted political asylum.

Okruashvili was sentenced in absentia to 11-year prison term in Georgia on extortion charges in March 2008.

While living in exile in France, the former minister joined other Georgian opposition activists in the Georgian Party.

New charges related to formation of illegal armed group, were brought against him by the previous authorities amid opposition protest rallies in Georgia in spring 2011.

His return to Georgia in November was made possible after the Georgian Dream opposition coalition led by billionaire businessman Bidzina Ivanishvili won the September 1 parliamentary elections.