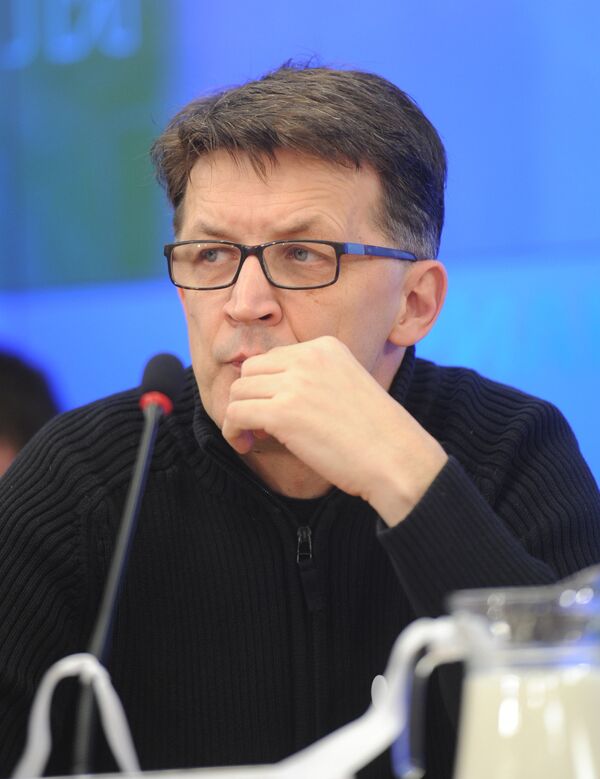 Russia’s most influential blogger and opposition activist is facing a potential criminal case based on accusations of child abuse voiced by his ex-wife, the Investigative Committee said on Friday.

MOSCOW, January 11 (RIA Novosti) – Russia’s most influential blogger, also an opposition activist, is facing a potential criminal case based on accusations of child abuse voiced by his ex-wife, the Investigative Committee said on Friday.

The case can land Rustem Adagamov in jail for up to 20 years, but the murky allegations that lack details have already prompted claims of a Kremlin-orchestrated smear campaign.

The abuse began 15 years ago, when the victim was 12, and continued for six years, said Delsal, who divorced the blogger after 20 years of marriage in 2010 over his marital infidelity.

Delsal did not identify the victim, saying only that the girl kept the story secret for years, but eventually told it to her last year.

Delsal also provided no evidence to back her claims, but said Adagamov acknowledged the abuse in their written conversations. Alleged excerpts from their e-mail exchange were leaked to social networks in late December, but their authenticity was never verified.

She also denied that the story was a political attack on Adagamov, who sits on the Coordination Council, a quasi-administrative body elected last fall by supporters of the Russian opposition and made up of leading opponents of the Kremlin, such as Sergei Udaltsov and Alexei Navalny.

Adagamov, 51, threatened in late December to sue the pro-Kremlin activists who cited the allegations.

But he refused to explicitly confirm or deny the allegations, saying on Twitter that criticizing an ex-wife would be “unmanly.”

Delsal said she intended to complain to law enforcement in both Russia and Norway, though Norwegian police reported no official inquiry into the story.

Leading Russian cell phone operator Megafon said last week it would not prolong an advertising contract with Adagamov. No explanation was offered.

“Can’t you see an intentional, well-aimed campaign against Rustem Adagamov? Don’t you understand how dangerous Russia’s most popular blogger could be?” Romanova wrote on Facebook on Wednesday.

Adagamov’s blog, Drugoi.livejournal.com, which features politically motivated posts and photo reports on various topics, ranks third by the number of page views in the Cyrillic segment of LiveJournal – Russia’s most popular blogging platform – and tops its influence rating.

Social networks were instrumental in the staging of anti-Kremlin protests of 2012 in Moscow, which drew tens of thousands of protesters. Adagamov covered the protests extensively and sympathetically, along with many other bloggers.

On a seemingly unrelated, but oddly timed note, Russia’s state media watchdog ordered LiveJournal to take down Adagamov’s report from last year about a self-immolation in Tibet, declaring it “promotion of suicide.” The agency denied any link to the child abuse scandal.