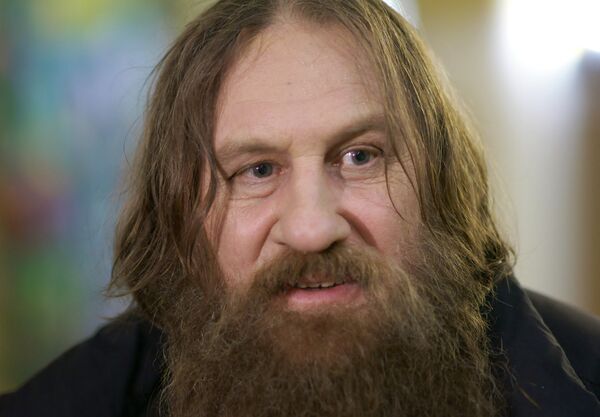 “In accordance with clause “a” of article 89 of the Russian Constitution, the application for Russian citizenship by Gerard Xavier Depardieu born in France in 1948 has been granted,” the Kremlin press office said in a statement.

Depardieu has recently renounced his French citizenship and settled in the Belgian border town of Nechin. His decision to settle in Belgium came ahead of the Socialist government’s planned implementation of a 75 percent tax rate on annual earnings above $1.30 million. By comparison, Russia has a fixed 13 percent income tax.

Russia’s Federal Migration Service said at that time it had received no application from Depardieu so far.
Depardieu, 64, who has appeared in more than 170 films and has won numerous awards, has also made headlines over several embarrassing episodes caused mainly by his love of drink.

In 2011, he starred as Grigory Rasputin in a Russian-French production about the controversial mystic employed by Tsar Nicholas II to heal his only son.

Najat Vallaud-Belkacem, the French government spokeswoman, declined to comment Thursday saying that the decision to grant Depardieu a citizenship was “an exclusive prerogative of the head of the Russian state”, AFP reported.

The French actor is no stranger in Russia. Earlier this year Depardieu visited the North Caucasus republic of Chechnya, where he attended a celebration of the 194th anniversary of its capital, Grozny, with Chechen leader Ramzan Kadyrov. Back then Kadyrov invited Depardieu to live there. On Thursday Kadyrov praised Putin’s decision in a Twitter post and reiterated his invitation to Depardieu.

Neither the French actor, nor his official representatives have commented on the Kremlin’s statement yet.

Deputy Prime Minister Dmitry Rogozin also welcomed the gesture saying that it might attract more well-off foreigners to Russia.
“The West knows little about our tax system. When they learn more, we should expect a mass migration of rich Europeans to Russia,” Rogozin wrote on his Twitter.

Georges Dallemagne, the head of the naturalization commission of the Chamber of Representatives in the Belgian parliament, said if Depardieu accepts the Russian passport he can still receive a residence permit in Belgium.

"As a Russian he could certainly remain in Belgium, he would possibly need the necessary visas but for a short period he could stay here,” Dallemagne told Reuters on Thursday. “He would need to request a residency permit for longer stays but as a Russian he should be able to get that. It depends on certain factors.” Depardieu hasn’t applied for Belgium citizenship yet.

Updates story orginally filed at 13.04 with more comments and background