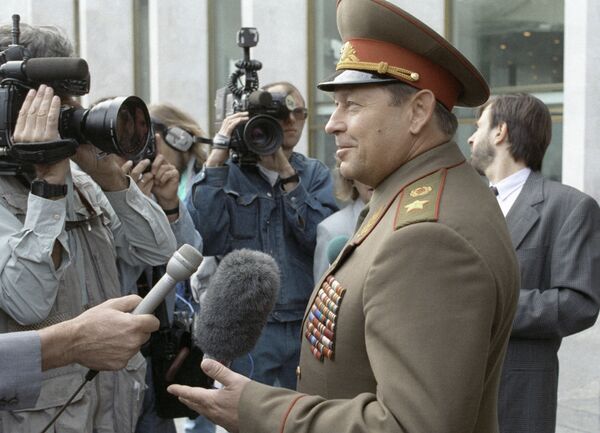 Former-Deputy Defense Minister, and General of the Russian Army, Konstantin Kobets, has died in Moscow at the age of 73, Russia's Defense Ministry Press Office confirmed on Monday.

“The funeral for General of the Army Kobets will take place on January 2,” the press release adds. Defense Minister Shoigu has established a commission under the Deputy Chief of the Russian General Staff, Col. Gen. Alexander Postnikov, to oversee the funeral.

Konstantin Kobets was born in 1939 in Kiev, and served with the army since 1956. He rose steadily through the ranks. In 1988 he was appointed Chief of USSR Armed Forces' Communications and Deputy Chief of the General Staff, and 1991 he was appointed chairman of the new body – the RSFSR State Committee for Defense and Security.

That year, Kobets supported Boris Yeltsin during the hard-line coup attempt, which cemented him in observers' eyes as a key Yeltsin loyalist. He headed the main military inspectorate until May 1997.

Accusations of corruption began to surface against him in the mid 1990s. In July 1996 he told journalists that these allegations were part of a smear campaign “that undermines national security as a whole.” In May 1997 he was dismissed and arrested on suspicion of bribery. The case against him was closed, by amnesty, in 2000, Kommersant noted in a 2007 report.

He held numerous orders, medals and awards recognizing his record of service.