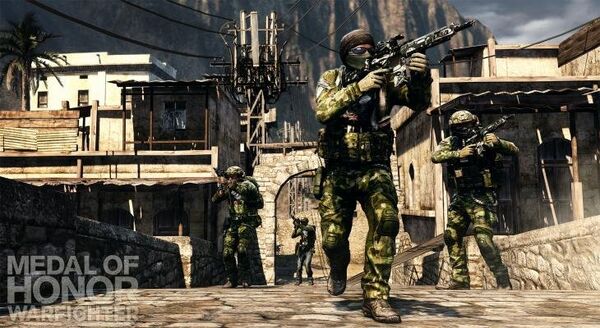 According to US media reports, a spokesman for EA said it removed the links from the “Medal of Honor Warfighter” website after it discovered that gamers could click through to its partners' online catalogs of guns, knives and combat gear.

"We felt it was inappropriate and took the links down," EA spokesman Jeff Brown told reporters.

In the wake of this month’s school shooting in Newtown, Connecticut that left 20 children and seven adults dead, including the gunman, the video game industry has found itself in the middle of the national gun violence debate after the National Rifle Association (NRA) accused the creators of violent games and movies of helping to incite violence.

"There exists in this country, sadly, a callous, corrupt and corrupting shadow industry that sells and stows violence against its own people," said NRA vice president Wayne LaPierre at a press conference last week.

While the links to gun manufactures are gone, the “Medal of Honor” website still lists more than a dozen partnerships with weapons distributors and retailers including the McMillan Group which makes high-powered sniper rifles, and Magpul, which sells high-capacity magazines for assault-style weapons.

Marketing experts told The New York Times that weapons manufactures use video games as a way to promote their brands to millions of potential customers.

Since 1999, the “Medal of Honor” series has been one of EA’s best-selling video games.