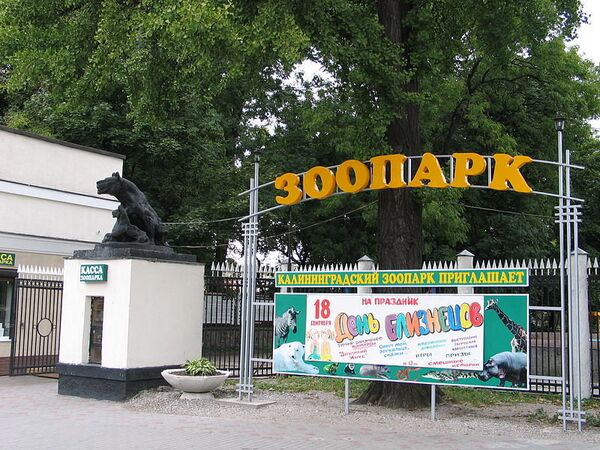 © Photo : Digr
Subscribe
Offering a strong contender for the oddest nudity-related stunt of the year, a young man in Russia's western exclave of Kaliningrad stormed a local zoo to strip for its big cats.

MOSCOW, December 27 (RIA Novosti) – Offering a strong contender for the oddest nudity-related stunt of the year, a young man in Russia's western exclave of Kaliningrad stormed a local zoo to strip for its big cats.

The man, whose name was withheld, attempted to enter the zoo after closing time, insisting that “he’s expected,” Klops.ru local news website said on Thursday.

When denied entry, he forced his way past the ticket collector and vanished on the premises, the report said, citing the zoo’s director.

The check-in man was astonished enough by what he saw next to call up both police and an ambulance – who soon found the trespasser by the tiger cage, the report said.

The man has stripped completely naked. His clothes, which were nowhere in sight, were found the next day in the tiger cage.

The stripper was taken to a hospital, but a medical check found him in sound mental health, sober and not on drugs.

The man was then provided with some spare clothes and allowed to go home – after he dressed. But no explanation for the striptease stunt was provided by any party involved in his apprehension and removal, which took place on Wednesday, but were not reported earlier.

“Who hasn’t done stupid things in their youth? The main thing is that damage and casualties were avoided,” was the sole cryptic comment by the doctor who handled the stripper’s examination.