Besieged Russian Minister to Be Questioned 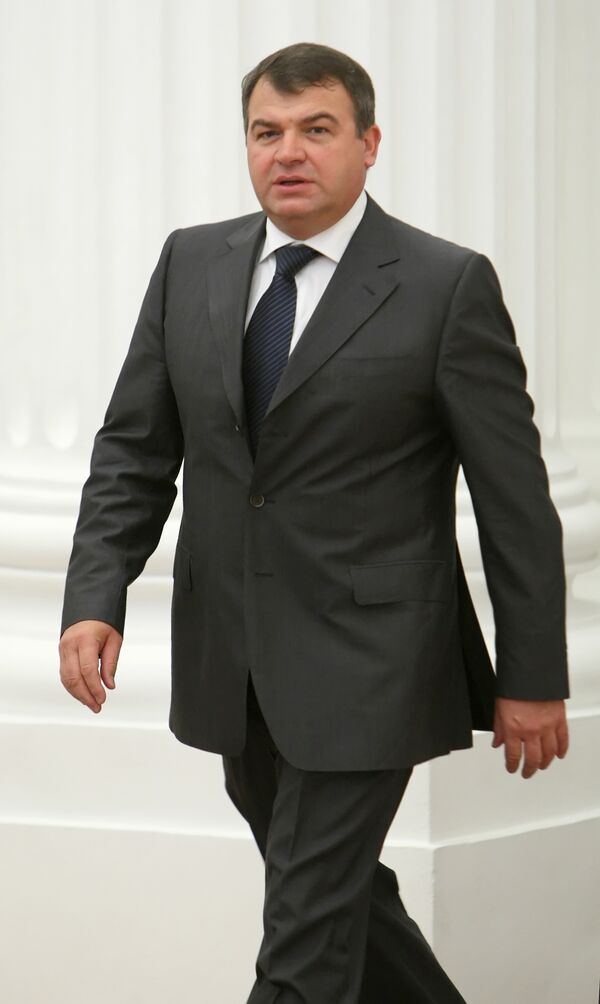 © RIA Novosti . Ilya Pitalev
/
Go to the mediabank
Subscribe
International
India
Africa
Russia’s former Defense Minister, who lost his job last month over corruption allegations, has been summoned for questioning, a procedure that no top Russian official has faced for years.

MOSCOW, December 27 (RIA Novosti) – Russia’s former Defense Minister, who lost his job last month over corruption allegations, has been summoned for questioning, a procedure that no top Russian official has faced for years.

Ex-head of the Defense Ministry, Anatoly Serdyukov, is due for questioning at the Investigative Committee in Moscow on Friday, a committee spokesman said on Thursday.

Padva refused to say whether his client will show up for questioning.

President Vladimir Putin sacked Serdyukov in November after the Investigative Committee, a rough analog of the FBI, accused companies controlled by the Defense Ministry of real estate and asset fraud.

Five criminal cases were opened over the allegations; the latest estimate for damages is 4 billion rubles ($130 million).

Several company officials were arrested, and a department head at the ministry was charged in the case.

But Serdyukov, a loyal Putin ally appointed in 2007, was never directly accused of being involved in the fraud.

Top Russian officials were rarely implicated in criminal investigations in the 12 years of Putin’s rule as long as they remained loyal to the Kremlin. A telling exception was ex-Prime Minister-turned-opposition activist Mikhail Kasyanov, who was summoned for questioning at the Prosecutor General’s Office in 2007.

The Investigative Committee has also implicated another ex-Cabinet member, Agriculture Minister Yelena Skrynnik, in a separate graft case in November, though she faced no charges either.

Russia ranked 133rd out of 174 countries in the latest Corruption Perception Index by Transparency International published in December.